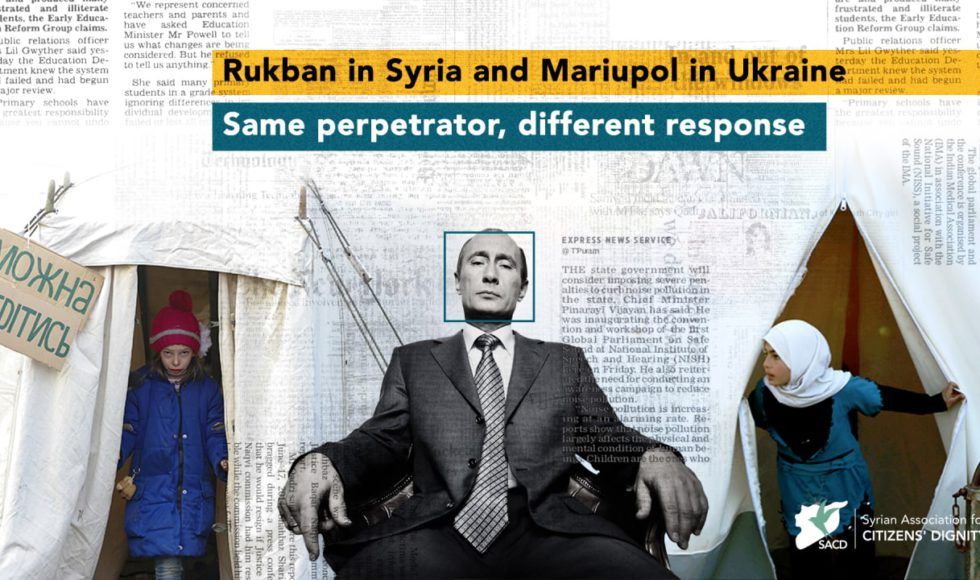 Istanbul, 8 April 2022 — “How can someone live without bread?” were the words of displaced Syrians in Rukban camp, where all bakeries were shut down due to shortage in flour, leaving at least seven thousand people besieged in the camp and denied any humanitarian assistance.

In a remote area of abandoned desert, 1800 families are still suffering from the international community’s negligence and apathy. At least seven thousand people, most of them women and children, were left to starve despite calls for help that span years of suffering.

In the last medical condition that the camp suffered, a baby girl Yaqeen, hardly one month old, a first born to her parents who had been trapped in the camp for years, needed to undergo a surgical intervention to save her life. Her family has been trying to transfer her to a neighboring country for an operation, but to date there is no response from international institutions, which leaves her life at grave risk.

At the time when aid is flowing swiftly to support Ukrainians forcibly displaced by Russia, the very same perpetrator supporting the Syrian regime and denying aid delivery to Rukban camp, people in Rukban camp are left to choose between starving to death and dying for lack of medical care or surrendering themselves to the Syrian regime, without any security guarantees, risking being arbitrarily detained, tortured to death, and forcibly disappeared.

Moreover, a few months ago, the United Nations and the Syrian Arab Red Crescent played on the dire situation in the camp trying to convince these desperate Syrians to return to areas under regime control by sending empty trucks to Rukban camp to pick up those who decided to return, rather than sending trucks with essential and live-saving aid to the camp. This despite the fact that the local council in Rukban issued a statement declaring that they do not want to be taken to the regime-held areas, and asked to be evacuated to the north of Syria which is not under control of the Syrian regime.

Amnesty International’s Marie Forestier, researcher on Refugee and Migrant Rights, warned of the imminent danger, “We urge the United Nations and the Syrian Arab Red Crescent not to go ahead with returns, which will undoubtedly endanger the women, men and children living in Rukban.” She added, “our research shows that the Syrian authorities specifically targeted the returnees from Rukban, accusing them of ‘terrorism’ before exposing them to serious human rights violations.”

In light of all of the above, the Syrian Association for Citizens’ Dignity demands:

There is certainly no safe environment in Assad-held areas that guarantees the safe, voluntary and dignified return of displaced Syrians. The horrors of displacement currently witnessed in Ukraine are but a reminder of the horrors of displacement that Syrians have been going through for years, with the same perpetrator: Russia. The same scenario is repeated in Ukraine, where Russia is blocking aid to the besieged Mariupol and preventing a humanitarian corridor. It seems there is a lot in common between Syrians and Ukrainians when it comes to their suffering and the source of it. But, as Rukban situation clearly testifies, there is one key difference: the world’s response, in which the Syrian people trapped in Rukban are not afforded the same empathy and compassion. It is high time for this to change.