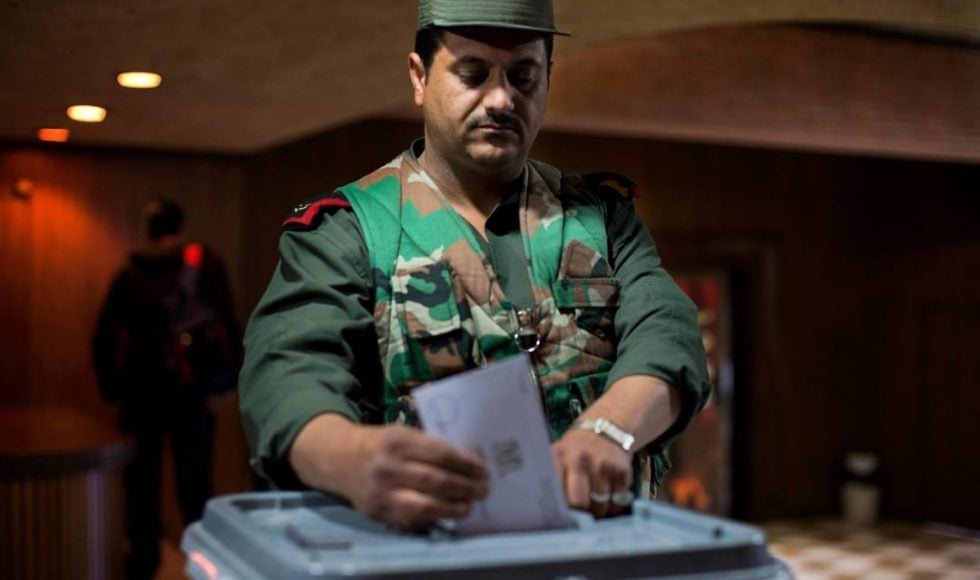 If I was to run for elections in Syria, my political program would center on accountability for horrendous crimes committed against the Syrian people. I would hold a rally in Damascus’ main square, before thousands of supporters, addressing them with my main message: “Bashar al Assad and all the perpetrators responsible for the untold suffering which we Syrians endured in the last decade must be brought to justice. We will not rest until we see them held accountable! There is no place for anyone with blood on their hands in the institutions of the state, especially in the police and the security forces! If you vote for me, I will not rest until we have a government that will make justice its first priority!” Thousands of voices would merge into one cry for justice and dignity that would give me the energy for a gruelling campaign. Straight after the rally, I would attend a prime-time debate program on Syria TV, where I would repeat my platform, with Syrians calling in to send messages of support, with a few trying to defend the former regime. On the way home, my campaign staff would brief me on the ratings and reactions to the TV appearance, and we would plan the rallies in Darayya and Duma for the next day.

When I write this today, from displacement in Turkey, where I fled after going through the horrors of being detained and tortured by the Syrian regime in the notorious Sednaya prison, the scenario I described seems like science fiction. Literally, to most of Syrians and outsiders familiar with the situation, such a situation is close to unimaginable. Yet, this is precisely what free and fair elections would need to entail if more than 13 million displaced Syrians are to have their right to run for office and vote freely respected.

For elections in Syria to even be a relevant topic for discussion in the political process, displaced Syrians must be allowed to run in a manner from my opening paragraph. Of course, this is not the only element that would make elections free and fair. There must be universal and equal suffrage for all adult citizens; respect for the right of citizens to seek political or public office; respect for the right to freely establish political parties or organizations, as well as legal guarantees to compete in elections on an equal basis; a fair and free campaign atmosphere in which administrative actions, violence and intimidation do not prevent parties or candidates from freely presenting their views and qualifications, deter citizens from learning about and discussing them, or stop voters from casting their ballot free of fear of retribution; unimpeded access to the media on a non-discriminatory basis for all political participants… These are just some of the minimal conditions that make discussion of elections today stuff of fantasy.

The main reason this is so, of course, is the nature of the Syrian regime, which continues to repress Syrians in the same brutal way it did so during the last ten years. Talking about elections when there is not even a prospect of a safe environment for all Syrians is not only a waste of time, but in fact dangerous.

The SACD and other Syrian and international organizations have systematically documented the ongoing violence and repression against Syrians living in regime-held areas, which began prior to the conflict, escalated during it, and continue to date, including in the “reconciliation” areas. From Dara’a to Eastern Ghouta, and from Deir Ezzor to Homs, arbitrary arrests, forced disappearances, harassment, extortion, beatings and torture of people even suspected of having anti-regime sentiments continue; attacks and military sieges against areas seen as anti-regime continue. People are disappeared for posting a critical Facebook status or for trying to reclaim their property.

Approximately 65 per cent of those who reported not feeling safe in regime-held areas attributed this perception to the regime’s security policies and the repressive grip of its security apparatus. The survey further revealed that a staggering 40 per cent of participants or their relatives were arrested between March and July 2020; 19 per cent of these detentions affected Syrians who were theoretically included in the regime’s amnesty laws, while 26 per cent of all detainees had signed a “reconciliation” agreement.

Syrian detainees are often overlooked, yet their rights and freedoms have been violated on a daily basis for the last 10 years. At least 130,000 Syrians are currently being detained for opposing the regime, and many more have been forcibly disappeared. If elections are conducted without addressing the most significant breaches of rights—which, as our survey clearly indicated, are causing a huge majority of displaced Syrians to be deeply mistrustful of the process—and without addressing the situation of detainees and displaced people, then Syrians will not consider any future ballots to be legitimate.

These numbers provide a glimpse into the harsh security conditions that constitute a huge impediment to fair and free elections. Syrians living under regime control cannot dream of voting freely as it is – with Assad’s Baath Party in complete control of every aspect of life -let alone imagine voting for opposition candidates, in these circumstances.

In a recent SACD report on the minimum conditions for return to Syria, 73 per cent of the 1,100 displaced Syrians from across the country and abroad who were surveyed for the study stated that the most important condition for any hope of a safe and dignified return was the reform of the current regime’s security apparatus. This apparatus is directly responsible for the vast majority of abuses and crimes committed against the Syrian people. It is ludicrous to believe that free and fair elections can be held either in Syria or in displacement without restructuring and reforming the regime’s security apparatus. Campaigning for a pro-opposition or anti-regime candidate in Assad-held areas with the current security apparatus intact would amount to a death sentence.

Surveys and opinion polls amongst displaced Syrians and direct outreach to displaced communities confirm Syrians’ negative view of any presidential elections that allow the participation of Bashar Assad or any regime figure who took part in committing war crimes or crimes against humanity in Syria. The participation of such figures will jeopardize the credibility of such elections and the parties supporting it.

Syrians will view any attempt by the international community—through the UN or other international actors—to push for elections before a safe environment has been achieved as a move to legitimize the current head of the regime.

Ad hoc measures cannot overcome the practical and legitimacy impediments to fair and free elections in Syria. Surpassing these obstacles requires international support and a comprehensive framework that Syrians perceive to be legitimate. Such a framework can only be implemented as part of a comprehensive and sustainable political solution that guarantees a safe environment for all Syrians, including the displaced.

Mounir Al Fakir, a former detainee in Sednaya prison, is a founding partner in the Association of Detainees and Missing Persons of Sednaya Prison, a coordinator in the Syrian Association for Citizens’ Dignity and a resident fellow at the Omran Center for Strategic Studies.