To Avoid Second Wave of Syrian Refugees, Europe Must Act Against Forced Returns from Lebanon 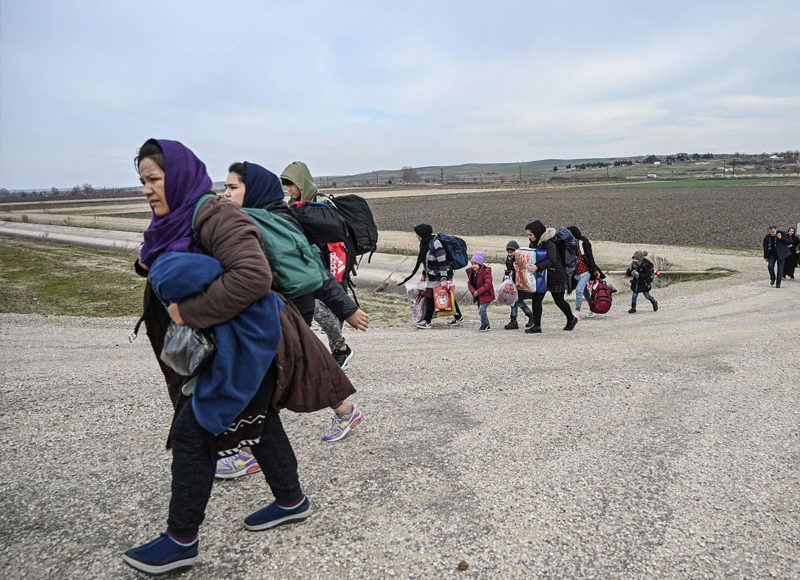 Over the last several weeks it has become clear that Lebanon’s government is planning to start returning some one million Syrian refugees to Syria. This is being done without a political settlement which would end the war and include guarantees for a safe and dignified return of the displaced. On the contrary, such plans are being agreed in talks with the Assad regime and envisage the return of those who fled Assad in the first place to so called “safe zones” in areas captured by the regime’s forces and their allies. Such a policy, despite relying on the supposed “voluntary” nature of relocation of refugees, could amount to more injustice and victimization of people who have already lost everything, while at the same time further diminish the prospects for viable peace. The experience from other countries with massive displacement show that premature returns provoke secondary waves of refugees which are almost impossible to reverse. In this case it could trigger a new wave of Syrian refugees trying to reach Europe.

In a statement indicating this intent, the head of Lebanon’s general security agency, Major General Abbas Ibrahim, said Lebanon was working with Damascus for the return of thousands of refugees who want to go back to Syria. This was followed by an unprecedented statement from the Minister of Foreign Affairs, Gebran Bassil, who accused the UNHCR of “intimidating those who wish to return voluntarily into not doing so” and threatened unspecified measures against the UN agency. In fact, the UNHCR has done nothing outside of its assessment, which is shared by the European Union, its member States as well as other international agencies, that conditions for a safe and dignified return of refugees to Syria simply do not exist.

The information from the ground confirms this. On one hand, thousands of internally displaced people who fled from Ghouta, Homs and other areas to Idlib and surrounding countryside are in dire conditions. They have no housing, food is scarce and medical care is almost non-existent. At the same time, the regime and Russian forces continue their aerial attacks on these areas, in which innocent civilians, including the displaced, have been killed as recently as last week.

As for those returning “voluntarily,” the best illustration of the conditions they face comes from “safe zones” for those forced to leave Eastern Ghouta and are trapped in makeshift camps and centers such as those in Adraa, Najha, Dowaer and Her Halabji where men, women, and children are crammed in conditions worse than they ever faced. Family and neighbors were able to take some women and children from these camps, but not men who were all kept to undergo “investigations” by the regime. Some were taken to prisons by the security forces, and allegations of torture and disappearances abound.

Similar cases of detention and disappearances were reported elsewhere, including in cases where refugees returned to what was left of their homes. Regimes latest amendments to the law on conscriptions requires returnee men aged between 18 and 42 to pay a “tax” of some $8000 to avoid conscription into the regime’s army. Needless to say that the vast majority of those who are being made to relocate back from Lebanon can only dream of such money to buy their freedom and survival. This is not the only “law” that is designed to prevent dignified return.

In the past several years, the Assad’s regime has erected a labyrinth of legal decrees and laws designed to cement the displacement achieved by force. From the Law 66 to the now infamous Decree 10, this legislation enables the regime to target those who fled by stripping them of ownership, or “freezing for reconstruction” entire areas which were populated by those who opposed him. And while the international interlocutors look for ways to disentangle the various legal traps comprising this strategy, the regime is populating these areas, including in my hometown of Homs, with his loyalists and foreign fighters. The strategy is achieving significant demographic changes that will make return of the displaced, as well as any viable political settlement, even harder.

According to the Lebanese government the Assad regime has indicated it is willing to receive returnees. The Lebanese government appears willing to accept these indications at face value while everyone else exercising any scrutiny asserts that the conditions for returns are very far from meeting even minimum guarantees of safety and dignity. No one can be blind to the burden we as Syrians have presented to our brothers and sisters in Lebanon but forcing us out in these circumstances is not the answer. Indeed, it is almost guaranteed to provoke secondary and probably irreversible refugee flows in the not too distant future. It is of great concern that Syrian refugees who want to enter the United Nations-run camps in Lebanon now have to sign a paper that they will “go back to their country once it’s safe,” without any guarantees that will provide for basic security and dignity of those returning.

Over 13 million Syrians, more than half of the country’s population, were driven from their homes in the course of the war. Their fate up until now has been discussed and decided by others, without them having a voice or a place at the table where decisions on their future are being made. This has to change if Syria is to have a hope of ever­­ reaching sustainable peace and we are to avoid far-reaching consequences of further traumatization of the displaced. Assad, the UN, EU, countries which received us, must know that we love our country, we want nothing more than to return to our homes, but that we will not be silent about the minimum conditions required for the return to have a real chance: our safety and our dignity. 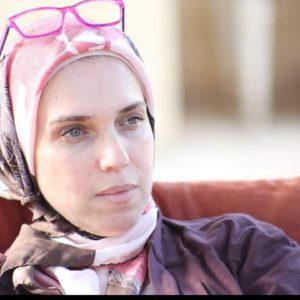