The Geneva Conference calls for the disclosure of the fate of the detainees, the forcibly disappeared, and the kidnapped as a foundation of a safe environment in Syria.

Home/Articles/The Geneva Conference calls for the disclosure of the fate of the detainees, the forcibly disappeared, and the kidnapped as a foundation of a safe environment in Syria.

The Geneva Conference calls for the disclosure of the fate of the detainees, the forcibly disappeared, and the kidnapped as a foundation of a safe environment in Syria.

In discussions of what the conditions would constitute a safe environment in Syria, such as that outlined in SACD’s position paper on a Roadmap for a Safe Environment in Syria, a number of fears are repeatedly expressed. One of the most salient is the threat of arbitrary detention, imprisonment, and torture. The third panel, entitled Safe Environment and Justice: The Fate of the Detainees, the Forcibly Disappeared, and the Kidnapped as Foundation of Safe Environment, addressed that subject. The moderator was Haya Atassi media and communications manager for SACD. 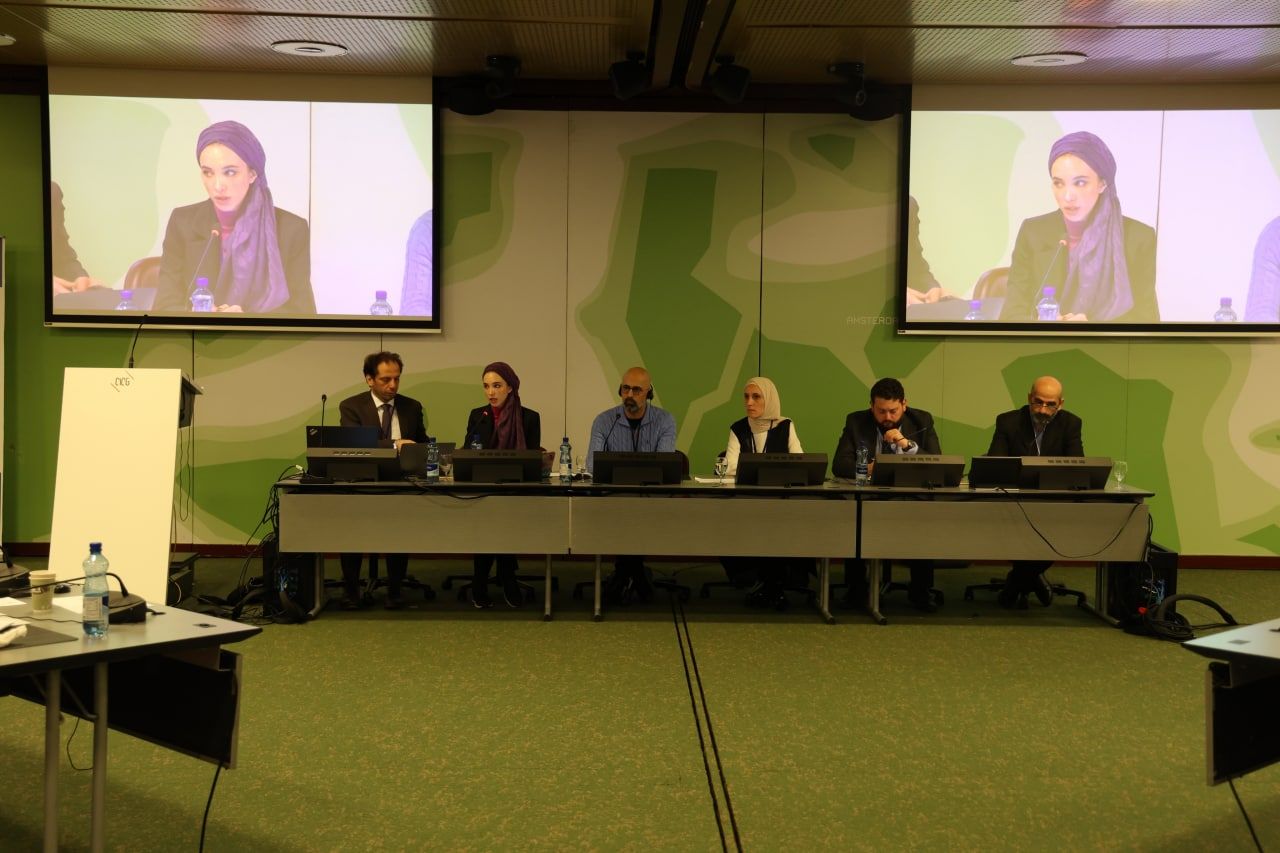 The panel outlined the scale of the Syrian regime’s detentions and discussed the regime’s use of forced disappearances as a weapon. It discussed how detentions have continued despite the regime’s supposed amnesties. The panel also discussed the scope of possible international action, including a potential mechanism for gaining information about the location and status of detainees. Finally, they discussed the legal reforms and guarantees that would be required before a safe environment could be considered to exist in Syria.

Mr. Fadel Abdul Ghany, Chairman and Founder of the Syrian Network for Human Rights, opened by describing the current human rights situation in Syria. He explained that while it is often difficult to differentiate returnees from Syrians who did not leave, SNHR has recorded nearly 3100 cases of returnees who have been detained since 2014; about 1800 were eventually released, while approximately 900 (nearly a third) have vanished and are unaccounted for. He noted that there is a misconception that when shelling and warfare stops in an area, then detentions stop as well—this is untrue.

He acknowledged that the burden of refugees must be more evenly shared by nations around the world, rather than simply being placed on Turkey, Lebanon, and other bordering countries. However, he also noted that if those countries unilaterally declare conditions of a ‘safe environment’ when such conditions have not been met, and subsequently return Syrians to a Syria which is unsafe, then they would be in flagrant violation of international law. 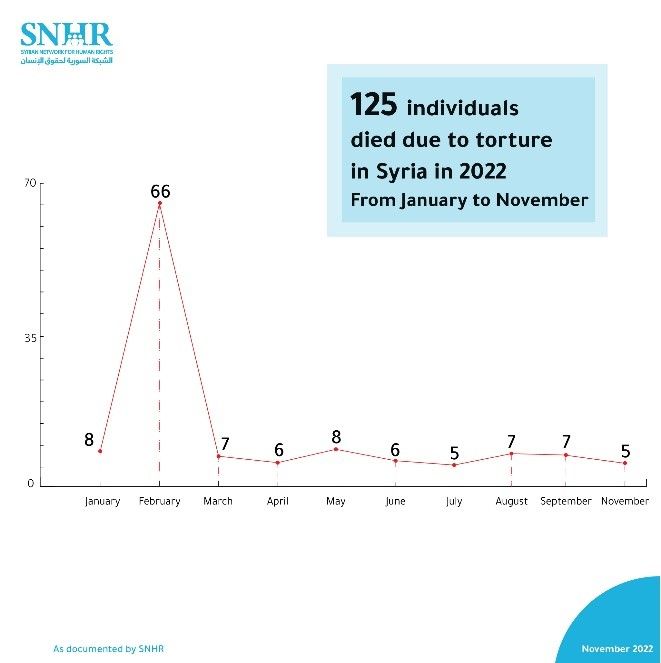 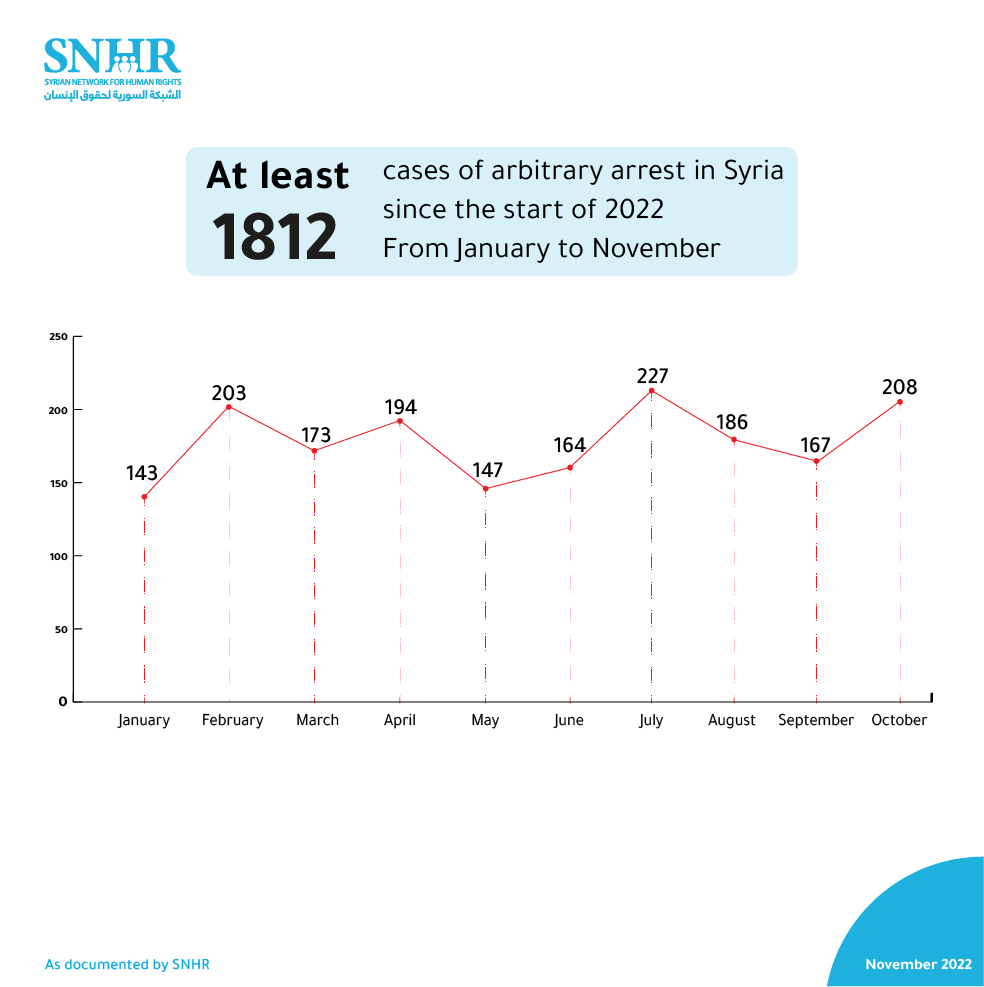 Therefore, he said, the Syrian regime’s amnesty decrees are irrelevant—their actions on the ground have continued to create an unsafe environment. He finally noted that Syria is the worst country in the world when it comes to forced disappearances and torture, with at least 111,907 forcibly disappeared since 2011: 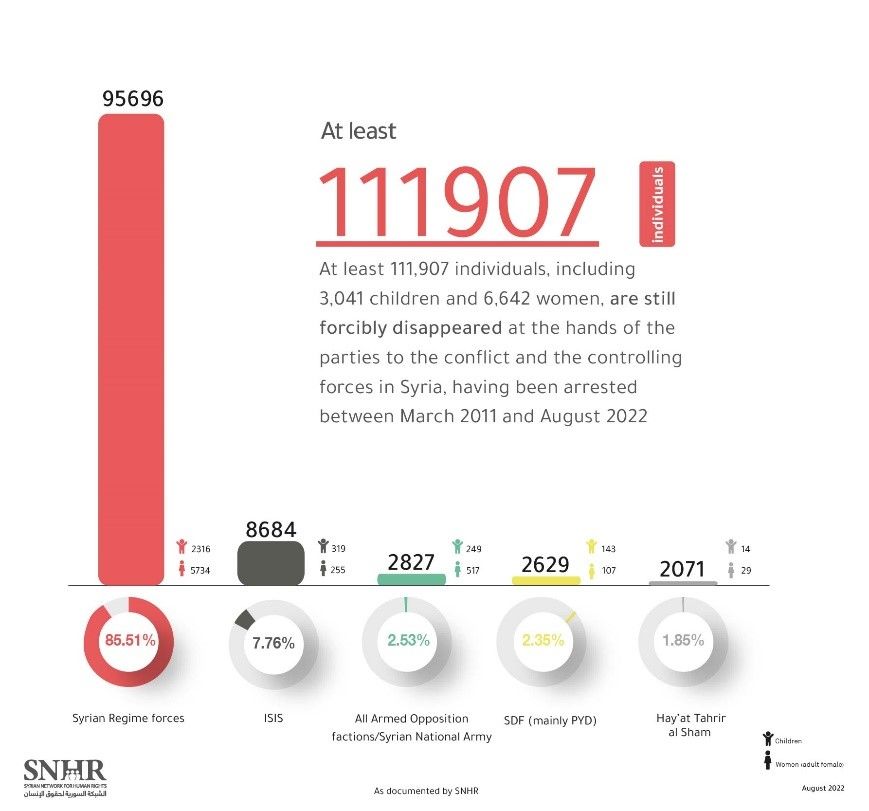 Mr. Mazen Gharibe, senior manager at the Syrian British Consortium, disputed a common narrative that opposition civil organizations are politicizing and preventing the return of refugees in order to pressure the Syrian regime. He emphasized that Syrians themselves want to return if they are to build the kinds of civil institutions and social capital that can lead to a long-term democratic transition across generations. The Syrian regime know this and therefore has no desire for their return, with Assad instead speaking of “a healthier and more homogenous society,” in his speeches.

He then explained that the two major fears of most refugees are detention and forced conscription. Therefore, he stated that prerequisites for return as outlined in detail in the report would include the total release of all detainees and the guaranteeing of civil rights that would prevent future detentions. Additionally, the return of confiscated property to its rightful owners and the dissolution of exceptional and terrorism courts, and the cancellation of laws such as those forbidding the unlawful exit from Syria.

Finally, Mr. Gharibe reiterated that refugees are not a monolith: these reforms might be sufficient for some refugees to return, but that others may wish to remain where they are, especially those with asylum status in Europe.

Next, Mr. Riyad Avlar, of the Association of Former Detainees of Sednaya Prison, and a former detainee himself, spoke. He explained that while forced detention were extremely common in Syria pre-2011, since then the scale has grown tremendously, and is perhaps greatest in the world. He noted that between 2011 and 2020, about 35,000 people entered Sednaya prison, and about 5,000 people were released, leaving a large number whose whereabouts are unknown. Mr. Alvar explained that several mass-graves have been identified, a task which he and his organization have worked on. He added that despite regime officials denying knowledge of such actions, the orders came from the top—from Assad and through his chief of staff.

He described how people are suddenly detained and brought before military courts with military officials serving as false judges, then convicted and imprisoned without family or friends knowing where they are. Finally, Mr. Alvar closed with a moving description of the experience and effects of Sednaya Prison:

As you know, there is a word “sikhra” used in Syrian detention centers, which means volunteer work, and it is a nice work for the detainee, but you have to keep in mind that this volunteer work is transporting the bodies of his dead friends to the hospital. Imagine that in the security branches, detainees would put the corpses on top of each other because there was no room for them to sleep, and they would spend the night standing on their feet, or they would have to sleep on top of the corpses, maybe for three days…
A safe return is a beautiful idea. It is nice for a person to return to his homeland, and I myself when I was in detention used to dream of the day when I would return to my homeland and to my village to sit under the tree that my father planted.

Regarding the issue of enforced disappearance, as you know in the report issued by the “Association of Detainees and the Missing in Sydnaya Prison”, which covered the period between 2011-2020, where we proved that the network of extortionists, consisting of lawyers, intelligence officers, military personnel, judges, and mediators, obtained approximately $900 million, which is considered a state budget, Only from bringing just a piece news to people about the conditions of their children in detention centers, there are people who sold their property, one sold his land to get a piece of news about his son, what is happening is terrible, so it is not possible to talk about a safe environment and all these things exist. We must realize that every day in Sydnaya prison is as a thousand years of fear, because every time the door opens, you think that the warden is coming to kill you. One of the soldiers, who is known to the Sydnaya prisoners as Azrael (the Angel of Death), this man, if he entered the wing of the prison, would not leave until he had killed 3 to 4 people other than the many he was torturing, while he is just a soldier or warden, and of course, all this killing is outside the scope of the law. In my opinion, without resolving these issues, especially the issue of detention in Syria, it is not possible to talk about any safe environment.

Next, Mr. Ussama Uthman of the Caesar Files Group noted that despite the extensive documentation conducted by Caesar, the military photographer who smuggled out evidence of the Syrian regime’s crimes, no actions have been taken. He noted the difference between the Caesar files, and the Caesar Sanctions, which are a political policy taken by the United States and serving US interests. Finally, he stated that no practical or concrete steps other than documentation have been taken following the release of these photos.

The final panelist, Ms. Silja Aebersold of the Free Syrian Lawyers Association, stressed the importance of directly involving victims in the justice process beyond just interviews or discussions. She explained that when victims are involved in that process, they are ultimately more satisfied with its results. Secondly, she stressed the need for high-quality legal documentation that meets standards of admissibility, and which could be used in the event that new criminal courts are established with jurisdiction over Syria.

Mr. Mazen Gharibe then explained that there are some preliminary discussions about the establishment of international mechanisms for determining the fate of Syrian detainees. He noted that families of detainees must clearly understand the expectations: not release, but merely information. He also described some obstacles, including the lack of involvement of Syrian civil society organizations, adding that there must be lobbying efforts to involve them. Mr. Fadel Abdul Ghany then noted that these international mechanisms are still in discussion phases, and endorsed the need to temper expectations.

Mr. Ussama Uthman was asked about the potential utility of the Caesar files. He explained that firstly, their documentation allows families to understand what happened to their detained relative; this can also have legal implications including on marriages or inheritances. Additionally, he noted that perhaps the law cannot currently touch Assad or high-level officials, but the crimes and abuses are being carried out by low-level soldiers or officials who must understand that they will one day be held to account. And that these criminals, who are people’s neighbors, must someday be prosecuted if Syria is to ever achieve social peace and cohesion.

Finally, Ms. Silja Aebersold cautioned against simply speaking of a general amnesty, noting that the Assad regime’s amnesties have had little credibility thus far. She explained that without a change in the regime, its systems, and its practices of arbitrary detention, little will change. Therefore, it is important to collect information on the location and status of detainees in addition to a more comprehensive, long-term approach.

The panel then opened for questions and comments. Questioners thanked panelists for their efforts at gathering information. The general trend was one of suspicion toward the concept of a unilateral amnesty from the Syrian regime. Most instead called for a wider political agreement, backed by international guarantees, which ultimately establishes a truly independent judiciary.

Several questioned, somewhat, the assertion that expectations should be limited, instead calling on the international community to take action toward forcing the Assad regime to release detainees. A number also noted that the UN and the international community are capable of exerting far more pressure and taking more drastic actions than they have done so far, as in the case of Ukraine.

Mr. Fadel Abdul Ghany agreed broadly with questioners, arguing ultimately that he will continue to push for greater justice and more releases of detainees, and will never be satisfied until they are all released. Mr. Mazen Gharibe echoed similar sentiments, saying, “if we are able to secure the release of 1,000 detainees, we will go back immediately and ask, ‘what about the other 199,000?’” He added that Syrians must use all mechanisms at their disposal: while pushing for a safe environment is necessary and important, these potential mechanisms of obtaining information about detainees are also important. Ultimately, they agreed on the need for continued action in all domains, through all doors, and through all mechanisms.