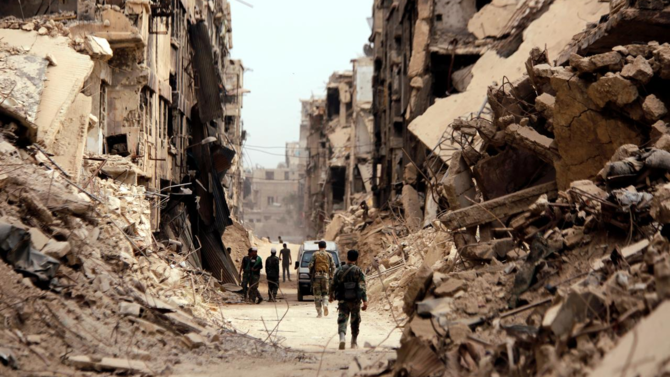 As more than 13 million displaced Syrians continue to suffer harsh living conditions and uncertainty, the apparent steps by sections of international community to normalize the repressive regime of Bashar Al Assad are resulting in a split reality: on one hand that in which returnees to Assad-held areas are subjected to torture and enforced disappearance, women and children in refugee camps in the north dying under indiscriminate bombardment and refugees in increasing number of countries facing a premature, forced return; and the other in which the regime and its backers are organizing return conferences and the senior UN officials openly promoting dependence on the regime to “ensure security” of returnees.

Such a split reality is becoming a deadly phenomenon, where, for example, facts on the ground matter less than the empty, propagandistic language describing a ‘significant improvement in security” taken as the basis for the policy of Danish government to withdraw protection from Syrian refugees from Damascus and its rural areas.

In recent days we have seen photos of families suffering dire conditions along the border between Belarus and Poland: many Syrians are among them.

Syrians are also among those still attempting to cross the Mediterranean Sea in makeshift, unsafe vessels even as cold winter conditions and rough seas set in. And the millions in neighboring countries are still willing to put up with indignities and poverty: anything to avoid being subjected to a return to Syria as it is today.

International arrest warrants continue to be issued for members of the Syrian regime, who continue to engage in the crimes that led to the warrants in the first place.

Arbitrary detention has not ceased. Corruption and bribes required at checkpoints and to find out where one’s loved ones have been taken have not either.

Nor have the disappearances, the torture. Large parts of the country remain out of the regime’s control, some of which continue to be bombed by both the Syrian regime and Russia: such as Idlib, where millions of displaced live in poor conditions but who once again are willing to put up with a great deal to avoid being sent back to the “safety” of Damascus or other areas under the control of the Bashar al-Assad regime.

An attack on Nov. 11 killed five members of a single family on a poultry farm in Idlib, including three children. Such attacks have become a daily occurrence which hardly attract any attention in global media discourse.

An HRW report issued in October noted that: “Syrian government-imposed access constraints have prevented UNHCR from implementing the kind of returns monitoring mechanism that operate in other humanitarian situations (…) A fear of government surveillance and a lack of stable internet connection due to electricity cuts, means that many returnees do not or cannot report the truth of their situation when they are back in Syria.”

The inability to speak truthfully about their situation inherently puts all Syrians at risk.

After the release of the 24th report of the UN Syria Commission of Inquiry in Geneva on Sept. 14, Chair of the Commission Paulo Pinheiro stated that:  “One decade in, the parties to the conflict continue to perpetrate war crimes and crimes against humanity and infringing the basic human rights of Syrians. The war on Syrian civilians continues”.

He added that “incidents of arbitrary and incommunicado detention by Government forces continue unabated. The Commission has continued to document not only torture and sexual violence in detention but also custodial deaths and enforced disappearances.”

Amnesty International minced no words in the title of its September report entitled “‘You’re going to your death’: Violations against Syrian refugees returning to Syria “.

The organization, the report said, had “documented 59 cases of unlawful or arbitrary detention of men, women and children among the 66 people who faced violations when returning from abroad. Detainees included two pregnant women and ten children, aged between three weeks old and 16 years old, with seven of them being four years old or younger.”

It added that: “Security officers arrested returnees for various reasons, most frequently based on broad accusations of “terrorism”, often because they assume that one of their relatives was affiliated with both the political or armed opposition or because returnees were from an area that was previously under opposition control.”

At the same time, the Syrian regime and its backers have for over a year now claimed that Syria is safe – and some European tour agencies have started taking bookings for tours next year, after the regime started issuing tourist visas in October. Various other developments, from readmission to Interpol to diplomatic visits and problematic statements of senior UN officials, speak of the creeping normalization of the regime. Return of displaced Syrians seems to be the next target in this dangerous process.

Last year, Russia backed a surreal conference held in Damascus supposedly aiming to encourage and facilitate the return of some of the estimated 6.8  million refugees who show no real sign of actually wanting to return.

The country hosting the largest number of Syrian refugees – Turkey – was, however, not even invited.

The EU refused to attend, with its top diplomat Josep Borrell noting that: “the priority at present is real action to create conditions for safe, voluntary dignified and sustainable return of refugees and internally placed persons to their areas of origin”. However, with the Geneva political process being paralyzed, there are no clear proposals as to how to affect such “real action” in which displaced Syrians would have a meaningful say on what constitutes a safe environment in Syria and how to achieve it.

The work on the creation of a parallel reality continues, however. Despite the clear language of the UN General Assembly’s resolution from 10 November, which stated that Syria is not safe for return, just a day later a follow up to the Russia-backed conference was held where the joint Russian-regime committees discussed the implementation of the agreed “return measures”. The aim of such efforts is clearly evident from the statements issued in the aftermath of these meetings: Russia and the regime desperately need western funds to economically and politically stabilize their military gains. Reconstruction funding to be provided under the guise of refugee return is the preferred scenario for such stabilization effort in which there is no place for any Syrian seen as disloyal to the regime, as the situation in Dara’a clearly testifies.

It also serves the purpose of creating false narrative, in which the reality on the ground does not exist, and the only obstacle to return of Syrians are, as the regime’s foreign minister Faisal Mekdad claims „ western countries which are using the pain of every Syrian refugee outside their homeland to serve their political ends.“

In this split reality, the role of the UNHCR becomes even more important as the supposed source of regular, credible information on what awaits returnees to Syria. The UNHCR is currenbtly failing displaced Syrians in fullfiling this responsibility. They are left to their own means and those of human rights institutions such as the UN CoI, Amnesty and the Human Rights Watch, to constanly report and remind the world that Syria, despite Russian propaganda and groups touring the country amid people who may simply “disappear” if they or their relatives say something not pleasing to the regime, is not safe and is unlikely to be so any time soon.