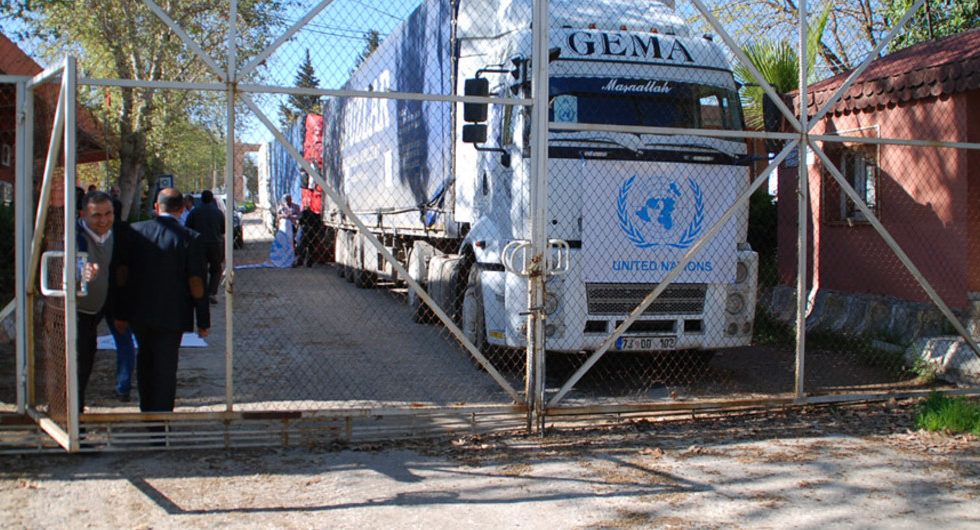 Istanbul, June 28, 2021, As Syrians mark a decade for their tragedy this year, the impact on the ground continues to look devastating. At least half a million Syrians have been killed, over 100,000 remain missing after being arbitrarily detained, half the population are internally or externally displaced. 13.4 million people in Syria need humanitarian assistance – a 21% increase compared to 2020 – with needs increasingly exacerbated by the economic decline, leaving over 90% of Syrians to live under the poverty line. Civilians have witnessed massive and systematic violations of international humanitarian and human rights law, hospitals, schools and civil defense centers are still being bombed, and over half of Syria’s basic infrastructure is destroyed or out of service. The cease-fire agreement remains fragile in Northwest Syria, and the continuous hostilities, and the lack of progress on the political track, make a possible end to the conflict seem farfetched.

The adoption of the UN Security Council resolution 2165 (2014), and its subsequent renewals[1] came as a result of the persisting conditions that impede the delivery of humanitarian supplies to destinations within Syria. A decision was therefore reached that authorizes United Nations humanitarian agencies and their implementing partners to use routes across conflict lines and border crossings, to ensure the delivery of humanitarian assistance, including medical and surgical supplies, to people in need throughout Syria via the most direct routes.

The current situation in Northwest Syria makes us believe that the grounds for the adoption of the resolution are still valid, and even more necessary than before, given that 75% out of 4.2 million people living in the area, are currently depending on crossborder humanitarian aid. These include 1 million children and 2.4 million internally and forcibly displaced persons.

47,377 trucks of aid by 5 UN agencies have been delivered since April 2014 under this resolution, making It a vital lifeline for those in need by maintaining a direct, sustained, and timely mannered humanitarian response. In 2020 alone, 64 partners (including 40 Syrian NGOs) were able to implement 204 projects through the ‘Syria cross-border humanitarian fund’ reaching 2.4 million people in need, while 53 partners (including 34 Syrian NGOs) responded to the Covid-19 pandemic in Northwest Syria and reached out to 648 thousand people with 151 projects.

A failure to renew the resolution would have a catastrophic impact on the humanitarian situation in Syria. This includes the discontinuation of the COVID-19 vaccination campaign in the area, the interruption of food pack deliveries to 1.4 million people monthly. Water and sanitation services will also suffer greatly, resulting in severe water shortage in the area every month, in addition, the discontinuation of the cross border agreement will increase children’s morbidity and malnutrition rates in an area where one out of 3 children are already malnourished and displaying signs of stunting. There is a high need to increase access and to scale up the current humanitarian programs, instead of shutting them down.

For all of the above, We, the undersigned Syrian NGOs, who were actively responding to the humanitarian needs for more than a decade in Syria, wonder how can we think of principled humanitarian assistance, while channeling aid across one of the most politicized lines of conflict in the world. Countless Examples of access denial for humanitarian aid for almost 2.5 million Syrians who have lived through sieges in semibesieged areas in the last 10 years, including Eastern Ghouta, Northern Homs, Eastern Aleppo, Deir Ezzor are still not forgotten. 80% of the UN crossline shipments were blocked by the Syrian government and medical equipment and essential medicines were systematically removed from aid convoys. The impact of closing al-Yaroubiah border crossing in January 2020 is still present, with dire impacts on 1.6 million people in need in Northeast Syria as well.

We are adding our voice as Syrian NGOs to the voices of our international partners[2] and to the call issued collectively by the head of UN agencies working in Syria[3] to reiterate that there is no alternative for the cross-border modality to reach the people in need in Northwest Syria. We call on UN Security Council member states to renew their commitment to the neutrality of humanitarian assistance and to renew the cross-border humanitarian operations to Northwest Syria. We also want to highlight that the need to re-emphasize the importance of cross-border modality every year is becoming unacceptable. Unless there is a significant improvement in the humanitarian situation and the peace process as per the UN-related resolution[4], the UN mandate on cross-border humanitarian access must be maintained.

[3] United Nations statement on the renewal of humanitarian lifeline to millions of people in north-west Syria https://www.who.int/news/item/18-06-2021-united-nations-statement-on-the-renewal-of-humanitarian-lifeline-to-millions-of-people-in-north-west-syria

View full PDF
Cover photo: A UN truck with humanitarian supplies at the Turkish side of the border awaiting green light to cross to the Syrian side, in March 2014. (OCHA)
IDPs Cross-Border