SACD: “Banana incident” should not lead to deportations, or be allowed to damage kinship between Syrians and Turks 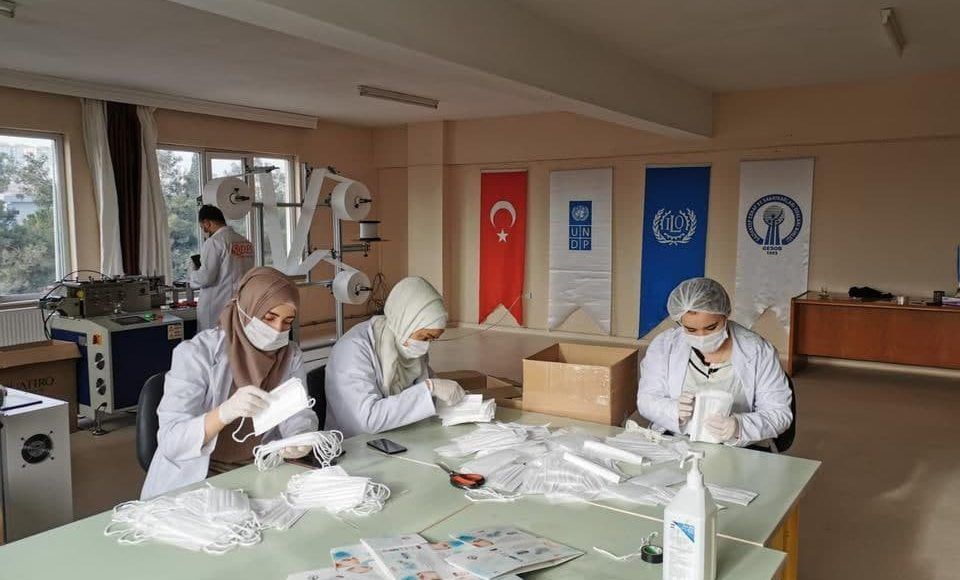 SACD: “Banana incident” should not lead to deportations, or be allowed to damage kinship between Syrians and Turks

Istanbul, November 12, 2021 – The Syrian Association for Citizens’ Dignity expresses its concern over deportation procedures of Syrians who have sought refuge in Turkey after experiencing horrifying threat to life in their country. Sending Syrians back to Syria at this time amounts to refoulement, which is contrary to Turkish law and international conventions to which Turkey is a signatory, as it puts their lives at grave danger.

On the 27th of October, Turkey’s Directorate of Migration issued a statement that it will deport seven Syrians who shared “provocative” posts in reaction to the ‘banana’ incident, where a Turkish citizen accused Syrian refugees of eating bananas while Turkish people allegedly cannot afford buying them. While we deplore any affront to the Turkish nation, the Turkish flag and the Turkish sovereignty, which all refugees ought to respect, this incident, among others, has shown the deep polarization in the Turkish society with regards to hosting Syrians fleeing from Syria. It also increased the number and intensity of scapegoating of the refugees for the global financial turndown that has impacted Turkey as well. As such, it is quite sad that the act of a few refugees is seen as committed by the whole community of refugees, and perceived as disrespect to the nation that welcomes them.

We believe it is always important to shed light on Article (55) of the Turkey’s Law on Foreigners and International Protection No. 6458 prohibits the deportation of refugees who could be subjected to “death penalty, torture, inhuman or degrading treatment or punishment in the country of deportation.” While no safe environment has been established in Syria, no Syrians must be forced to return back to Syria as this will put their lives at serious danger.

While we acknowledge the fact that Turkey has generously accepted the largest number of Syrian refugees, we do remind that any decisions which might lead to any deportations are in direct breach of the 1951 Geneva Convention relating to the Status of Refugees also states that “No Contracting State shall expel or return (” refouler “) a refugee in any manner whatsoever to the frontiers of territories where his life or freedom would be threatened on account of his race, religion, nationality, membership of a particular social group or political opinion.” While the Directorate of Migration’s statement hasn’t specified where those Syrians will be deported to, we firmly believe that nowhere in Syria it is safe for Syrians to return in a safe and dignified manner.

The Syrian Association for Citizens’ Dignity absolutely rejects any racist discourse that undermines the history and kinship that Turkish and Syrian people share. Syrians and all refugees in Turkey hail all civil society and human rights organizations that have expressed their refusal of any actions that punishes refugees simply for practicing their right of freedom of speech, given that they have not engaged in any violent or terrorist acts nor encouraged such acts that requires them to be deported, as to what have been specified in Article 54 of the Law on Foreigners and International Protection No. 6458.

The recent development of the release of one of the detainees from the deportation center gave us hope that deportation cases will be dropped, and the remaining detainees will also be released soon and reunited with their families and loved ones. Yet we express our concern for the safety of these people and their families in Turkey who may be potential targets for hate crimes and violence. As such, we hope that the authorities would take serious measures against those spreading racist discourse and hate speech directed at refugees living in Turkey who have been trying to integrate and contribute to Turkish society for decades.