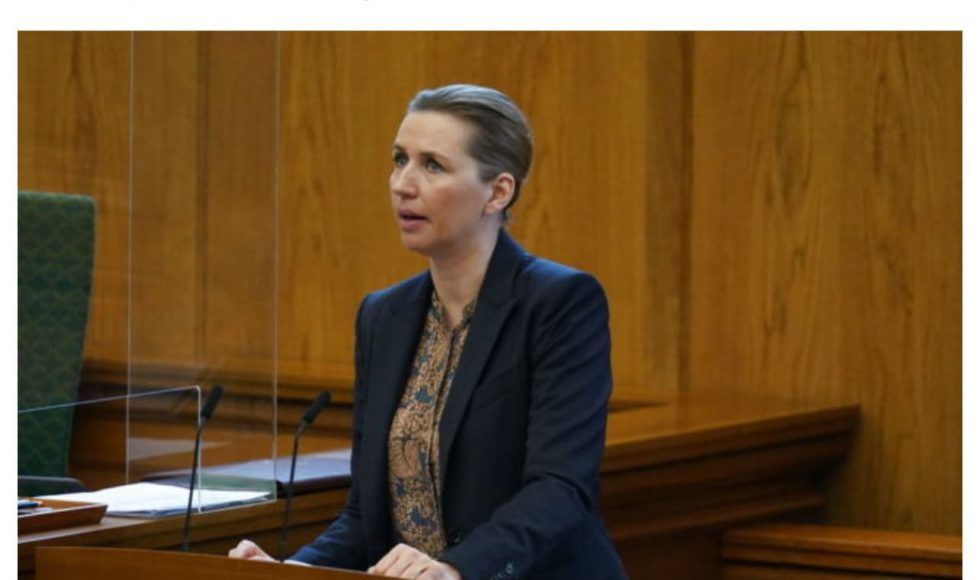 Their arrival coincided with the election of a right-wing government supported by a far-right Danish People’s Party (in Danish: Dansk Folkeparti, DF). While DF was not a part of the coalition government, it had a significant number of in the parliament to empower it to dominate the Danish political arena between 2015-2019.

The Danish Liberal Party, which led the government during this time, depended on DF support in the parliament to stay in power. In this game of power, the refugees were the sacrificial pawns.

DF’s main policy was and is zero-refugees in Denmark. They particularly targeted refugees from the Middle East and other Muslim’s countries, who, according to the DF had to be stopped at the borders of the EU. Steen Petersen, one of the leading DF politicians said in 2018 that ” the Spanish police should shoot migrants that are crossing the borders.” Accordingly, the DF worked hard to affect a significant change in the basic principles in the Danish refugee protection system.

In February 2019, DF succeeded in forcing the passing a dangerous new anti-refugees law, L140 known as “the paradigm shift” from integration to repatriation, which mandates any Danish government to work on sending refugees out of Denmark instead of trying to integrate them in the society. It also determines that any refugees’ residency should be kept temporary for as long as possible to enable sending them back as soon as possible.

The previous Denmark’s coalition government, supported by the DF, passed more than 100 restrictive rules and regulations to demonstrate the new hard line of the Danish refugees policy.

In 2019, Social Democrats returned to power in Denmark. Although it is nominally a left-wing party, it has adopted the same hard line on refugees and human rights policies.

The new government focused its efforts on the Danish “attachment law,” which considers the length of residing in Denmark a factor of acquiring a permanent residence, especially for children. This law provides that after a certain period a child’s connection to Denmark will be stronger than the connection to the homeland from which they fled, and therefore the authorities can no longer send the child back. According to the previous law this period for children and its family was five years, but the previous government extended it to eight years.

This provision of the “attachment law” is one of the key reasons why the new government led by Social Democrats is rushing through reevaluations of permanent residency status and asylum rejections of Syrian refugees in Denmark.

“We cannot force them back, but we can break the attachment process by putting them in camps,” said recently the spokesman of the Social Democrats, Rasmus Stoklund.

The Social Democrats’s government has completely adapted the arguments of the fanatic far-right, which claim that people from Middle East are not able to integrate in the Danish society and that people with Islamic background are dangerous for the national security as potential terrorists. This despite the fact that the Danish own intelligence service PET never supported these claims of the terror threat.

Furthermore, the Syrian refugees are one of the most integrated groups in Denmark.

According to the Danish statistics organization DST:

Eight out of ten Syrian men are working or studying, while the same applies to seven out of ten Syrian women in Denmark. What a great achievement this is considering that the large majority of them, 57%, came to Denmark between 2015 and 2016, just some 6 years ago.

Denmark was in shock in 2015. Thousands of refugees walked on the Danish highways in the year of the election.

The Social Democrats suffered a harsh defeat at that election, which led to the change in and a tectonic shift in principles and clause.

Since then, they refuse to listen to any arguments which could lead to more Syrians or Muslims gaining long term residence in Denmark.

If the world remains silent, more families will be in risk of splitting, losing their livelihoods or being forced to flee again. This time with nowhere to go.

*Dozana is a civil society organisation in Denmark working on promoting democracy and advocating for Syrian refugees in Denmark. dozana.dk