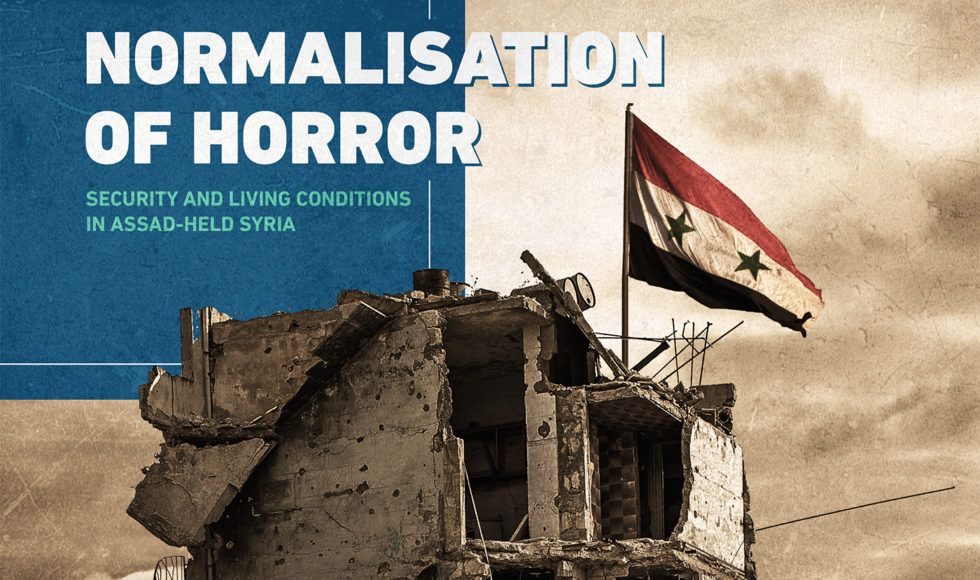 Ten years into the Syrian conflict, the Syrian society is disintegrating further and deeper with each passing day of the continuing displacement of more than half of its population, the continuing and increasing repression and corruption of the Syrian regime, fragmentation of the country as various state and non-state actors seek to cement their presence and influence, and the complete collapse of the political process.

The reality of everyday life for Syrians displaced within Syria, but also, and increasingly, for Syrian refugees in the neighbouring countries and elsewhere, is bleak. A large majority of the displaced still wants to return, but the guarantees of a safe environment and the reform of security apparatus which displaced them in the first place seem to be a distant prospect. Yet, in the push for the normalisation of the Syrian regime led by its Russian allies, displaced Syrians are increasingly facing pressure to return to face almost certain prospects of arbitrary arrest, forced disappearance, extortion and harassment.

Governments like that of Lebanon and Denmark are now transparent about their intention to ignore the reality in Assad-held parts of Syria and are using various measures to coerce Syrian refugees into premature return, where their basic security and living needs are supposed to be guaranteed by a regime that is still imprisoning under torture tens of thousands of Syrians, regularly shelling schools and hospitals and starving millions besieged in Idlib. Policies of these governments are rooted in a false narrative of “improving security and living conditions” in areas of Syria controlled by the Syrian regime. Reality seems not to matter.

One of the factors contributing to such blatant misrepresentation of life in Assad-held Syria is the failure of agencies such as the UNHCR to comprehensively and factually report on the threats facing returnees, as well as the levels of corruption and deterioration in living conditions even for Syrians who never left regime-held areas. The reasons for this are myriad, from the lack of access to the direct pressure from the Syrian regime (we have reported on this repeatedly). Consequently, it falls to organisations and movements like the Syrian Association for Citizens’ Dignity to fill this information gap.

This report is yet another attempt to shrink the space for denial of the reality of the dire state of affairs in Syria among the relevant policymakers. It is the fourth such report that offers an insight into the views and perceptions of Syrians on some of the most relevant issues that must shape any conversation on the possibility of a safe, voluntary and dignified return of displaced Syrians and the eventual political solution that could offer a hope of a lasting peace in Syria. It should be read in the context of our previous reports for a full picture of the trends and the extent of decline of security and living conditions, even for those who never left Assad-held areas, let alone the returnees.

The report focuses on the lives of people in Assad-held areas, with more than 500 interviews conducted on issues such as the sense of safety, living conditions, corruption, impact of Covid-19 pandemic and perceptions of the impact of the US-EU sanctions. Conducted under strict security protocols to protect those interviewed as well as our researchers in the circumstances in which voicing any criticism of the regime’s conduct amounts to risking own’s own and the lives of their family, the report paints a picture of a society decomposing under the brutality, paranoia and corruption of a regime which is targeting even those that remained loyal to it throughout the conflict, let alone those that it sees as disloyal or opposed to its rule. The nosedive in the economy and cancerous corruption at all levels of government is causing its security apparatus to intensify the use of arbitrary arrest and forced disappearance as tools of making extra money through extortion and “bleeding” of families of those arrested, desperate to secure their release or some information on their whereabouts.

One of the most tragic insights revealed by this research is that Syrians in Assad-held areas, including those who were forced to return, started regarding the violence and repression of the regime’s security apparatus as a normal fact of life. Arrests and extortion are now being accepted as threats one lives and develops strategies to cope with, especially as the living conditions deteriorate further in the collapsing economy.

However, Syrians still dream of a life of dignity and freedom and this report is just another reminder of this fact. Illustratively, despite misperceptions about the sanctions imposed on the regime for its crimes and human rights violations, the majority of those interviewed, including those who never left Syria, stated that they are willing to endure even harsher sanctions if that will lead to the removal of the regime and the reform of its security apparatus.

The conversation that must dominate any policy discussions on Syria is that on the creation of a safe environment for all Syrians. Only this will create conditions for a safe, voluntary and dignified return of over 13 million displaced Syrians, which is the key to any political solution and lasting stability of Syria and the region. This report is another reminder of this basic truth about Syria. Those who choose to ignore or minimise its importance in fact choose to actively participate in the prolongation of the suffering of Syrians and the consequential prolongation of instability of the region and beyond.