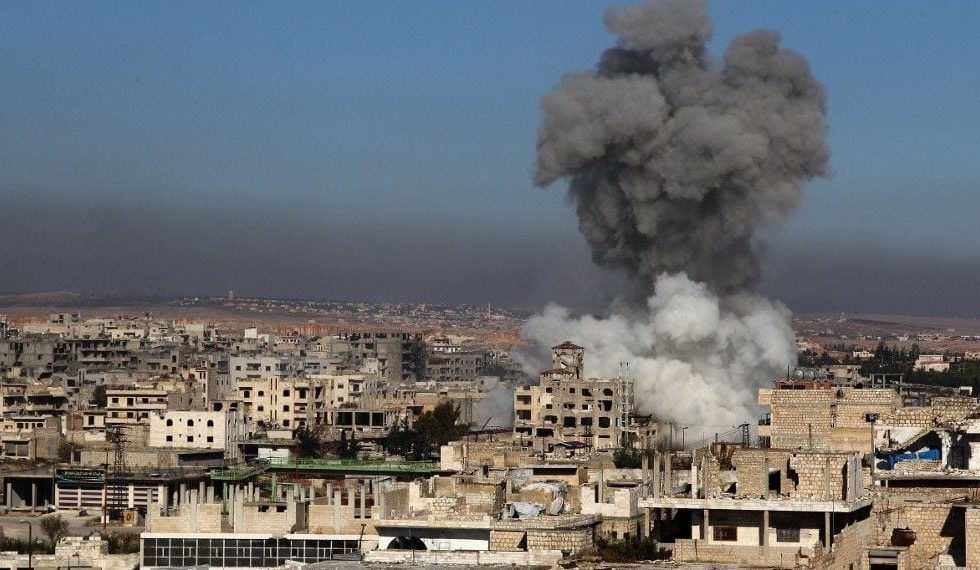 Idlib, 29 July 2021- The Syrian Association for Citizens’ Dignity calls on the key countries and the United Nations agencies involved in Syria to urgently elevate the issue of displacement of Syrians and the creation of a safe environment for their safe, voluntary and dignified return to the top of the political discussion on the future of the country.

While the Syrian regime and its Russian and Iranian allies continue to displace Syrians with brutal force in “reconciliation areas” like Daraa and with indiscriminate attacks on civilians in Idlib and North Aleppo, there is a shocking silence in most relevant international forums, which allows for the normalization of the regime’s repression by some countries, like Denmark, which are withdrawing or considering withdrawal of protections for Syrian refugees. At the same time, the Syrian regime and Russia are today concluding the second conference on “refugee return”, promoting the parallel reality in which the most brutal perpetrators of displacement are presenting themselves as guarantors of safety to returnees being coerced to return from countries like Lebanon and Denmark.

The worth of their “guarantees” is best illustrated in the findings of an upcoming SACD report, where only 26% of 533 participants who live in Assad-held areas recommended displaced people to come back to regime-controlled areas and approximately half of participants are seeking to leave these areas. Some 50% of people in the Assad-controlled areas don’t feel safe, including those who never left; 67% of returnees from outside Syria don’t feel safe, and those in the “reconciliation areas” fear worst with 94% saying they don’t feel safe. Most cite the security authorities’ grip and rampant insecurity and crime as their reasons for not feeling safe. This is the reality facing displaced Syrians if they were forced to return to Assad-held Syria, the reality increasingly met with indifference and silence in most important decision-making forums where the fate of displaced Syrians is being discussed.

One of the major problems facing displaced Syrians is the dangerous gap in reporting on the said reality in the regime-held areas by the likes of UNHCR and other UN agencies operating there. The impact of this information gap is serious and life-threatening for Syrian refugees who are facing dire living conditions in displacement and are coerced into thinking about return.

Today, while the people of Daraa al-Balad are facing the stark choice of either being bombarded into pulp by the regime and Russian forces or being displaced to Idlib, the UNHCR is issuing a statement where it talks about how “UNHCR and partners have stepped up their support to communities receiving returnees […] in areas such as shelter, legal aid and civil documentation, distribution of relief items, livelihoods and repairs to schools, health facilities and other civilian infrastructure.“

While the Syrian regime is literally killing displaced Syrian children in the north of Syria on daily basis, the UNHCR is talking about continuing “to work to address the considerations affecting refugee decision-making, […] based on cooperation between host countries, the Government of Syria and the United Nations.”

The UNHCR pays lip service to “listening to refugees and IDPs and be guided by their choices“ when it comes to creating conditions for return. If this was true, this agency and other relevant UN bodies would be ready to recognize that the number one condition for return for more than 70% of displaced Syrians relates to the need to reform the Syrian regime’s security sector and curb its powers over civilian life.

More than 80% of displaced Syrians surveyed by SACD called for the complete dismantling of the current security services and reforming them in ways that would “guarantee that their performance would be focused on an internal security function ensuring the security of citizens and protecting the people in accordance with the laws; without any privileges, violations or encroachment on the rest of the government agencies and the government’s role in the structure of society”.

If UNHCR seriously wanted to “be guided by the choices of refugees and IDPs” it would be ready to acknowledge that more than three quarters of displaced Syrians want to see a comprehensive political solution guaranteeing their rights before feeling safe to return. Security concerns are the greatest barrier to return and the UNHCR and other UN agencies with mandate related to the wellbeing of displaced Syrians must acknowledge this and act accordingly, instead of talking about “stepping up their support to communities receiving returnees“ in Assad-held Syria.

The safe environment conditions are not there yet, and Syria is NOT a safe country where “communities are receiving returnees” into any kind of dignified life. The events unfolding in Daraa, Idlib but also elsewhere in the regime-held areas where arbitrary arrests, forced disappearances,  forced recruitment extortion and harassment are rampant, further confirm the utter and abject failure of the “reconciliation” model under Russian guarantees, and regime’s failure to fulfil any commitment to improve security and stability in Syria.

It is clear to all displaced Syrians that the political track must immediately be reformed to focus on the definition and implementation of the safe environment, and that a profound restructuring of the security sector and the authority granted to it are key conditions for any hope of a safe, voluntary and dignified return. The implementation of a safe environment as defined by Syrians is the real test of the will and commitment of the political track backers, and the only solution that will address the root causes of displacement in Syria.

It is time to end the indifference and apathy among the countries with greatest influence over the fate of displaced Syrians, including host countries, donors and those directly involved in the political discussion on the future of Syria.

It is time for these countries to take decisive steps to demand the Office of the Special Envoy to propose a new vision for the currently paralyzed political process, in which the rights of the displaced Syrians to define a safe environment for their safe, voluntary and dignified return will be at the top of the agenda; and where the UN agencies like UNHCR will be called upon to report fully and truthfully on the reality facing returnees to Syria, as well as to conduct a genuine and comprehensive consultation process where displaced Syrians will be able to define conditions for return.

The alternative is a nightmare scenario in which the Syrian regime and Russia are “guarantors” of the return process. What is happening today in Daraa and Idlib is but a mere illustration of the catastrophic scenario of more displacement and instability that would follow if this was to be allowed through indifference and silence.