Assad Has Not Won the Battle for Syria, It Is Yet to Begin 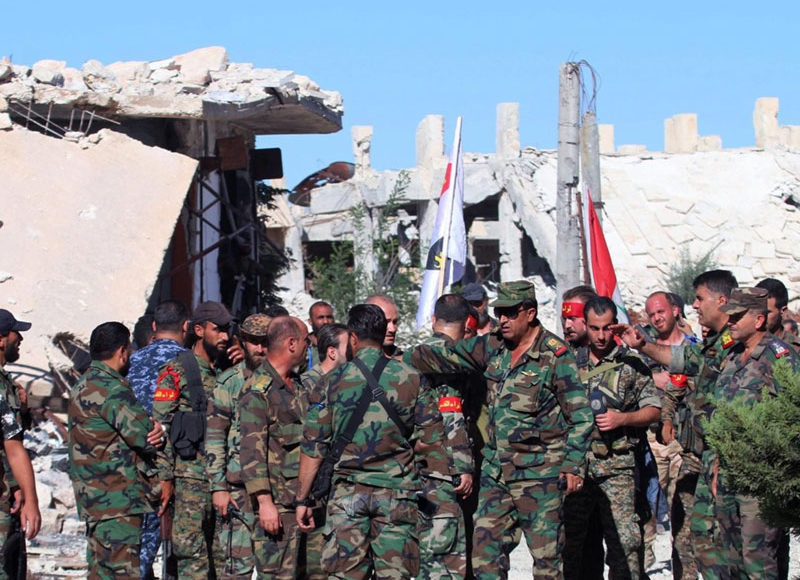 By Mazen Kseibi and Nader Othman

As the bombardment of civilian targets in northern Syria by Assad’s regime and Russian forces intensifies, a key battle for the country’s future is intensifying under the fog of war. A battle which centers on the rights of some 13 million displaced Syrians to return to their homes in a safe and dignified manner.  It is precisely the displaced who hold the key to the future of the country and stability of the region. And not only the region – the political dynamics of Europe will be significantly impacted if another wave of Syrian refugees hits its shores.

The narrative of Assad’s victory in the Syrian conflict which permeates international discourse serves to fortify the false legitimacy of a regime, which has killed hundreds of thousands of its citizens and expelled millions, as the authority that is supposed to now guarantee the rights of those returning from displacement. Not only is this narrative a perversion of the basic internationally recognized rights of the displaced, it is also patently false.

What has Assad won? Russia, Iran and its proxies are today the real owners of Syria, not Assad’s regime. Nothing testifies to this as vividly as the reality of Assad “victory” in areas under the “control” of his forces. They are a textbook example of a failed and illegitimate state on the brink of a complete social and economic collapse. The regime’s political decisions are entirely dictated by Russia, while Iran’s penetration of the security, military and economic sectors of the country has reached unprecedented levels.

It is not the myth of Assad’s “victory,” but the return of the 13 million displaced – more than half of country’s population – that will define the country’s future and any chance of durable stability. Assad knows this and is frantically trying to demographically engineer a new reality through various means, including dubious legislation. Examples of this are notorious Decree 66 and Law 10, designed to effectively strip the displaced of property ownership (mainly in areas where people first took to the streets in 2011) under the guise of reconstruction and rubble removal. Once flattened, these areas are to be developed, to house loyalists and mercenaries, thus affecting a lasting demographic change and control.

However, neither Assad nor his allies Russia and Iran have no money for the reconstruction and they are looking to the EU as the only viable funder of such a vast rebuilding effort. As part of its EU-focused strategy Russia has launched a persistent diplomatic offensive to promote return of the displaced Syrians to Assad-held areas, claiming that conditions, including security, already exist. As the situation in the Rukban camp in the north illustrates, the displaced know that the reality is drastically different.

Syrians pressured to return from Lebanon to the areas that witnessed “agreements of reconciliation” with the Syrian regime (with Russian guarantees) were subjected to arbitrary detention and persecution by the security services. There is clear evidence that many of those returnees have died after being detained by security forces.  At the same time, the males who return will be forcibly recruited into Assad’s army and sent to the frontlines in other parts of Syria as cannon fodder. This practice has been seen across most of the areas controlled by the regime, forcing more young Syrians to flee the country in recent months.

There is not a shred of doubt that securing genuine conditions for a safe and dignified return will be possible only under strict and meaningful international supervision. The consequences of continuing down the “Russian path to return” would be catastrophic. It is highly likely that most of the refugees currently housed in Lebanon, Jordan and Turkey, if continued to be forced to return to Assad-held areas without proper international guarantees, will rather chose to risk it all and reach the perceived safety of Europe.

On the other hand, if the status quo was to continue indefinitely, with millions housed in camps in humiliating living conditions and without prospects for education and employment, refugee camps would likely become perfect targets of various ideologues apt at turning despair into radicalism. This is why the issue of return must be in the center of any effort to reach a lasting political solution to the Syrian conflict. And it is the displaced Syrians who must be called upon to define what those conditions constitute in reality.

First and foremost, there must be an actual, applicable and practical political solution to the conflict with the relevant international guarantees and sponsorship. Such political solution will include clear provisions on the voluntary, dignified and safe return of displaced persons and refugees to their homes of origin and mechanisms to monitor its application at the level of security, rights and freedoms of the displaced people, especially those seen by the Syrian regime to be affiliated with the opposition.

No meaningful return can take place until there are constitutional amendments that limit the powers of the security services in general, and limit the authority of any Syrian government to prosecute individuals without the necessary and due judicial procedures. Detainees held by the regime for political reasons must be released. Laws issued by the Syrian regime in recent years that give it the right to pursue and arrest political opponents must be repealed, as well as the laws that deprive Syrian citizens of their possessions, homes and properties because of their political background.

Syrian security services must be restructured to ensure that they adhere to the political agreement and the amended constitutional provisions, and ensure their integrity. This would include sacking the heads in the security services responsible for crimes committed against the Syrian people, and building a clear road map, under international supervision, to building a professional security apparatus.

These are just some of the minimum conditions for a voluntary, safe and dignified return that must be included in the agenda of peace talks. Until this minimum is reached, the international community must step up efforts to provide humanitarian conditions for the displaced persons in their present places to prevent forced early and unsafe return. Such conditions would include their legal status, basic services, as well as providing education and employment opportunities.It is worth reminding ourselves of how it all started – people rose up demanding their rights as free citizens of Syria. Assad responded with brutal crackdown and murder of his own citizens, which ultimately led to the civil war. Anyone who thinks that all these years later – after hundreds of thousands were killed by the regime and its foreign allies, and after more than 13 million were displaced – our demands for rights have disappeared is grossly mistaken. On the contrary, we have suffered too much to give up on our dignity and inalienable rights that we are entitled to whether in Syria or in displacement. And there is more than 13 millions of us. We are Syria.

Mazen Kseibi (Homs) and Nader Othman (Damascus) are members of the Board of Trustees of Syrian Association for Citizens’ Dignity, a movement gathering Syrians displaced within Syria and in Turkey, Lebanon, Jordan and elsewhere. 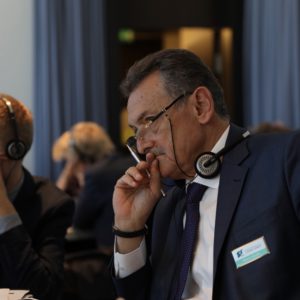