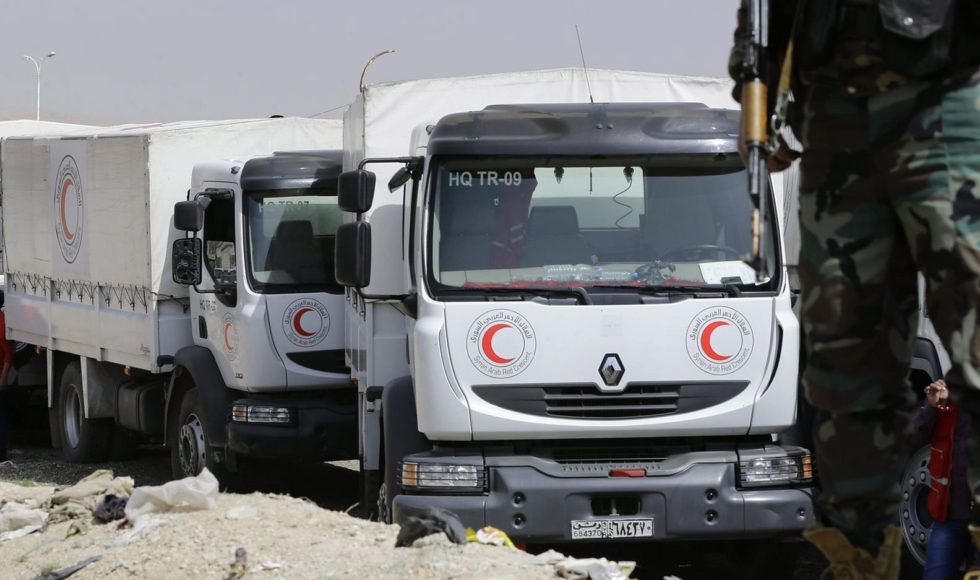 This interview was conducted as one of the 45 interviews with employees and managers of 29 Syrian and international NGOs and UN agencies operating in Assad-held Syria for the report “Weaponization of aid: Syrian regime’s methods of controlling humanitarian sector.” Yasser (not the real name) has previously worked for a United Nations agency in Syria.

The interview was edited for publication from the original longer interview. All the answers presented here were recorded verbatim.

What was the type of organization you worked for and your position?

It was one of the UN agencies working in Syria.

In your work, have you ever noticed any government interference in the work of the organization you worked for?

Yes. I heard about cases of direct interference with the employment mechanisms by influential parties in the regime. This usually happened at the middle administrative and executive levels, but it is very rare at the technical levels and the high administrative levels of decision-making.

Intervention at the high administrative level is different as the executives are usually foreigners, and here the intervention is always in choosing preferred nationalities to grant them work residencies. The residency of is canceled in the event of any reaction to regime interference or corruption.

What was the main source of this interference, where did it come from, and was it generally accepted?

Interference would usually come from the government agency supervising the work of the organization (the Ministry of Foreign Affairs at the high administrative level), and from security agencies, in addition to government agencies (in the area of recruitment). Staff in this organization would usually accept such interventions for fear of direct threats, arrest or security harassment, or out of fear of losing their jobs.

Was the funding from your organization directed to certain organizations belonging to influential people or parties (security, military, political, etc.)

Some organizations that had direct contact [with agency I worked for] are known to as supporters of the military authorities and they directly support the families of the victims from the Syrian regime, such as “Al-Bustan,” Association of Rami Makhlouf, and “Al-Areen” Association as well. These two associations are considered a red line by the government and are imposed on donors in one way or another.

How do you assess the level of corruption in UN organizations working in the field of humanitarian aid, based on your experience, from very low to very high?

Corruption is between medium and high level, including the UN organization in which I worked.

You think that the level of corruption in your organization is between medium and high, so what are the cases of corruption that you think exist?

Mainly corruption is in the financial sectors, meaning in the logistic department, especially through purchases. There is also a great bias and corruption in selecting beneficiaries who are not eligible to receive aid, in addition to corruption in the recruitment process.

How would you assess the level of corruption in international and Syrian NGOs?

It is clear that corruption is much higher in local organisations, because many local organizations have been licensed for a specific purpose, which is to support and provide direct services in cash and materials to loyalists of the Syrian regime, and to the families of the victims of the Syrian army. Even if they were not set up for this purpose, these organizations do not have the administrative capabilities, systems and resources that the organizations need to carry out their work efficiently.

How do you evaluate the feasibility of the humanitarian projects implemented in regime-controlled areas?

The feasibility is very weak. There is a lack of objectivity in choosing the target areas, which makes the impact of any project weak in general, in addition to the mechanisms for selecting and designing projects. It is important to note that the United Nations issues an annual report on humanitarian aid in Syria, HNO, and by looking at this report it can clearly distinguish the bias of the areas of aid distribution.