UNHCR Failing to Uphold its Responsibility to the Displaced Syrians 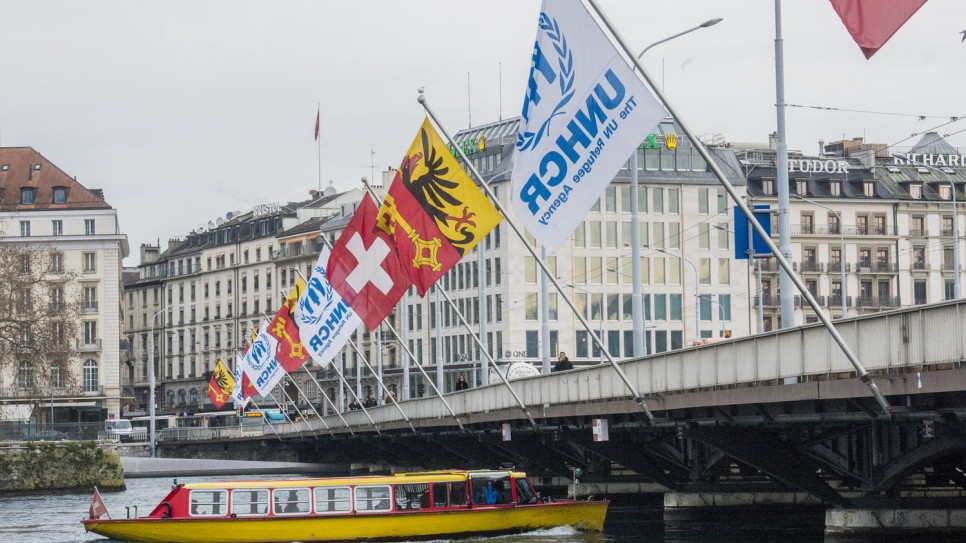 Syrian Association for Citizen’s Dignity’s (SACD) latest briefing paper documents a number of serious concerns about the ways in which the UNHCR, the lead UN agency on refugee issues in Syria, is failing the displaced Syrians and the mission set out in its own strategy documents.

The 13-page briefing paper raises a number of urgent concerns about the way UNHCR is approaching refugee and IDP returns in Syria and draws on SACD’s own research to highlight the risks. According to the briefing, the failure to act to change the course of work and information around Syria’s vast displacement crisis now, will have a devastating impact on the region and may have deadly consequences for individuals.

The UNHCR is failing to act in accordance with its own strategies or its duty of care to the displaced Syrians in a number of ways, which include:

• Failure to properly engage with Syria’s displaced when setting returns strategy, thresholds, and programming;
• Significant shift in protection thresholds and returns strategy without consultation, evidence base for doing so, or reasonable explanation of why degrading the thresholds benefits Syria’s displaced;
• Failure to highlight the limitations and concerns around protection and gaps in access and operational space to political actors and states in order to inform returns discourse and policies;
• Failure to communicate accurate and timely information to potential returnees about conditions, insecurity, and access limitations, leading to ill-informed returns decisions which therefore cannot be considered to be voluntary;
• Ambiguous communications, facilitation of returns, and project proposals which encourage premature returns into an environment with no reasonable expectation of protection.

“This is an analysis of UNHCR’s own information and strategic documents, which was complemented with SACD’s research documenting a stark reality awaiting returnees, which UNHCR is completely failing to report on. These findings highlight the danger in the current gaps in UNHCR’s approach, which have real and dire consequences for displaced Syrians,” said Zaid Mastou, a SACD trustee.

In February 2018, the UNHCR released its ‘Comprehensive Protection Solutions Strategy: Protection thresholds and parameters for refugee return in Syria (CPSS)’ which promulgates that UNHCR’s engagement on return during Phase 1 is limited to planning, monitoring, counselling, advocacy, and ongoing analysis of obstacles to and conditions necessary for return, and identifying the necessary actions to address them.

However, UNHCR’s reporting tools, designed to provide granular information and analysis of obstacles and conditions for return, and identifying the necessary actions to address them, simply do not exist. Most importantly, the Operational Update nor any of the other UNHCR’s public documents does not make a single mention of the security risks for returnees or its lack of access to monitor and report on its own protection thresholds in the majority of Assad-held areas.

Alongside this, UNHCR is working with donors and other aid actors in an attempt to implement cash programming for returnees, which is likely to encourage and incentivize returns at a time when protection thresholds have not been met. The plan to offer the returnees a cash incentive could prove to be a tipping point for many displaced Syrians in difficult living conditions in displacement, who could see it is an incentive to return despite the absence of basic conditions for a safe and dignified return.

“Such plan is being considered despite clear evidence that it is not safe for a vast majority of the displaced to return without a robust international monitoring mechanism to ensure minimum conditions of safety and dignity. There are real fears from Syrians, as well as in donor and humanitarian circles we have discussed this with, that the cash payments could coerce people back prematurely into an unsafe situation,” said Mastou.

The paper includes a list of urgent actions SACD maintains need be taken by the UNHCR and states which have key roles in addressing UNHCR’s failures of responsibility to the displaced Syrians. The most urgent being the immediate reinstatement of the February 2018 thresholds, clarity around the drafting of thresholds, and significant and meaningful consultation with displaced Syrians in any future changes to the thresholds through a transparent process.