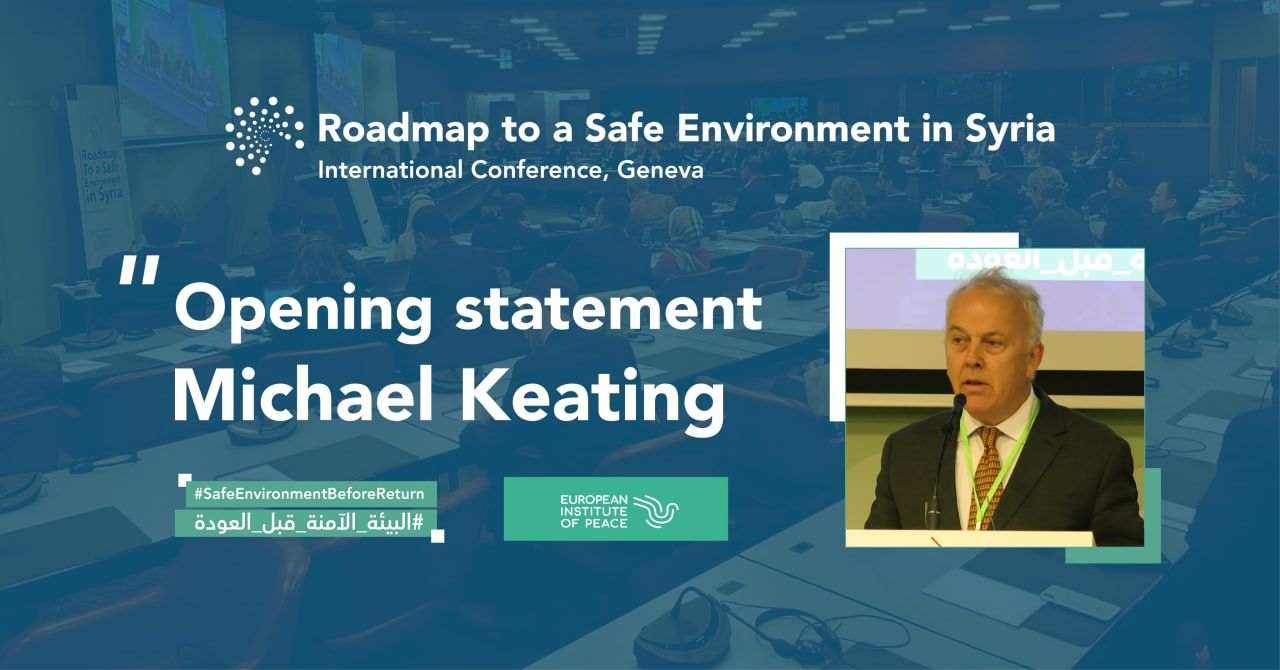 Thank you, Dr Mazen, and thank you, Asyad,

Dear guests, dear colleagues and partners, here in Geneva or joining us online,

This year marked the eleventh anniversary of the popular uprising in Syria and the subsequent outbreak of a brutal civil war, which cost the lives of over half a million people and led to the displacement of over 13 million Syrians. They account for more than half of the country’s pre-war population. They are an integral part of the future of the country and the region.

Despite the dire economic, humanitarian, and security conditions in Syria and notwithstanding the support for refugees, refugees are under increasing pressure from host countries to return to their countries of origin. Circumstances in Syria and numerous testimonies, however, clearly indicate that there is no prospect for a safe and dignified return at the moment.

The need for a political settlement in Syria is more urgent than ever, and yet the negotiations process is at a stalemate. In the words of UN Special Envoy Geir Pedersen, “work is needed to establish a safe, calm, neutral environment inside Syria, starting with confidence-building measures, as Resolution 2254 mandates.”

Progress towards a safe, calm, neutral environment is the only way forward. Large scale premature and forced returns will lead to catastrophe if there is no agreement and guarantees on the rights of Syrians. Over these two days, Syrian experts, civil society and victim representatives are presenting a concrete vision on what that would entail. It is more than has been asked and delivered in other conflicts and is a testament to their commitment to the future of their nation.

It is not for the victims of a conflict like the Syrian one to also implement such a roadmap at the diplomatic and policy levels, but they need to be a central part of conversations about their future. It falls on the negotiating parties and those of us, who support sustainable conflict resolution, to help facilitate their access so they can champion their vision.

We are here with the Syrian Association for Citizens’ Dignity (SACD) with whom we have collaborated for the last four years. I want to thank the Ministry of Foreign Affairs of the Netherlands for making this work possible. Since its inception, the SACD has become an effective platform addressing issues that affect the conditions for safe, voluntary and dignified return for refugees and IDPs. It has become a leading voice on behalf of displaced Syrians.

It is through speaking with their movement and organisations like the Free Syrian Lawyers Association that we know that conditions for voluntary and dignified return require more than technical or humanitarian and early recovery efforts. They are about a more comprehensive understanding of safety and security, and the political process to achieve them.

Over the next two days, we will be joined by leading experts to understand the key elements of a safe environment in Syria, why it is so fundamentally important, and the milestones along the way.

We will now hear an address from “Caesar”, the former photographer in Syrian security services who smuggled out evidence of 11,000 Syrians killed in Syria’s prisons.