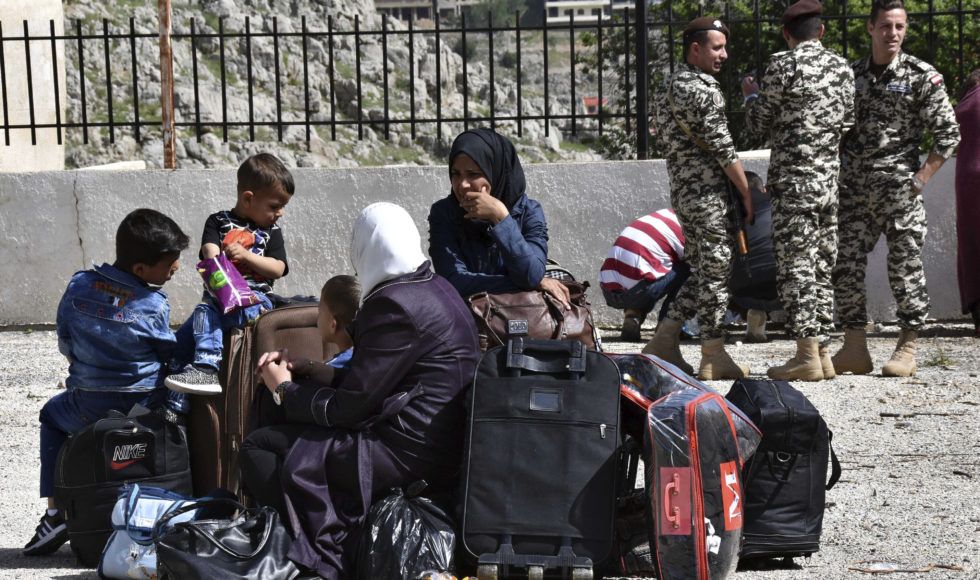 The Danish Immigration Service October report provides an assessment that “the number of security incidents in Damascus and Rural Damascus governorates had remarkably decreased in 2020 compared to the year before.”

This assessment is dangerously misleading as the threat facing any returnee remains gravely high. However, even the DIS’s report itself states this, in contradiction of the assessment, noting this in the sections which deals with profiles of people arrested at checkpoints where the report states, inter alia:

“At the checkpoints in Damascus and Rural Damascus, it is mainly people who are on wanted lists who are arrested. However, people who  are not  on wanted  lists may also risk being harassed, interrogated or arrested at checkpoints. This includes persons who are relatives to prominent armed or political activists and persons who are suspected to be activists. SNHR documented a total of 327 cases of arrests in Damascus and Rural Damascus taking place between January and September 2020. According to SNHR, 250 detainees have been forcibly disappeared, i.e. being unable to communicate with the outside world.”

The report goes on to say that the Danish Immigration Service has not been able to corroborate the SNHR information, but it cites some numbers from the Syria Commission of Inquiry (SCoI). However, it fails to quote the most significant assessment from the SCoI’s report issued on 15 September this year which explicitly states: “In Damascus, around Rif Damascus, Suwayda’ and Dara’a, arbitrary detention, enforced disappearance and torture remain pervasive.”[1]

The Syrian Association for Citizens’ Dignity wanted to demonstrate how easy it is to corroborate such information if the intention to do so genuine and the commitment to protect the refugees from the threats they fled exists.

Mrs. F. K. is one on numerous family members of persons who were disappeared upon return from Lebanon to Syria. Her husband, M. Q. was arrested by the Syrian regime forces in the Syrian capital, Damascus.

“With the intensification of the bombing on Eastern Ghouta in 2013 by the Syrian regime forces, we had no choice but to flee and search for a safe haven. When we had no other choice, we decided to flee to Lebanon through the border crossings.  After our stay in Lebanon, my husband decided to go back to Syria, as he did not participate in any civil or military movement against the Syrian regime. He thought he was safe. We assumed that he is not wanted by any security authority in Syria. We were surprised when, after some ten days after we arrived in Damascu, he was his arrested by the security forces in the vicinity of the area of Bab Touma.

After a long investigation about my husband’s fate, we found out that he had been killed under torture nearly three months after his arrest. The security authorities asked us at that time to visit the military hospital in Damascus, and there we were only given a death certificate. When we asked them about my husband’s body, they told us that the body does not exist and was buried after his death in a mass grave.”

The other story is very similar in nature.

“This is a criminal regime that never keeps its promises… Beware, no one should ever believe their words,” Mrs. F.A., who now lives displaced in Lebanon, begins her conversation with our researcher.

“We were forced to flee the siege of Homs and search for a safe haven. Our first destination was Deir Attia in the countryside of Damascus, and after nearly a year of displacement in Deir Atiyah, we found ourselves forced again into a new displacement, this time outside the borders and our destination at that time was Lebanon.

Six years later our living conditions were so dire that my husband decided to return to Syria after receiving promises from people inside Homs that the security situation has changed and that the Syrian regime welcomes the return of the displaced to their homes. Knowing that my husband did not participate in any movement in the Syrian events, whether military or civilian, he was not officially wanted by any security branch.

About a month after he returned, my husband tried to reach our house in the city center only to find that he needed a paper from the security branches allowing him to enter the house and inspect it. Since this security paper takes a long time and several security measures, my husband resorted to paying a bribe of about a $150 for the Fourth Division checkpoint, which is stationed at the beginning of the neighborhood where the house is located. Indeed, the soldiers at the checkpoint took the money and allowed my husband to enter the house and inspect it. But when he wanted to go back, the same soldiers at the same checkpoint arrested my husband immediately after he left the house and transferred him to the Air Force Intelligence branch without presenting any specific charges against him.

Later on we were told, through a lawyer we hired, that my husband would be released soon and that things were fine and there was no fear for him.

Days passed and we were waiting for the lawyer to fulfill his promise to get my husband out of prison. Nothing. In the mid-2020, I needed a family statement paper from the civil registry in Syria and asked an acquaintance to get it for me, and indeed, after paying a sum of money, the paper was extracted. We were shocked to see in it that my husband has been stated as dead.

After investigation, it became clear to us that my husband had died in the Air Force Intelligence branch in Homs. Later, we were handed a death certificate but never the body.”

These two stories are simple illustrations of how easy it is to corroborate information that was readily available to the Danish Immigration Service at the time it made the assessment that the security situation for Syrian refugees has significantly improved in Damascus and its countryside. According to SNHR, the regime continues to pursue those who settled their security situation in areas that have signed so called “reconciliation agreements” with the regime, including those in Damascus suburbs[2]. SNHR and other human rights organisations have documented 684 cases of arbitrary arrest in Damascus and its surroundings between the beginning of 2020 and October when the DIS report was issued[3].