Statement about the last Beirut Explosion 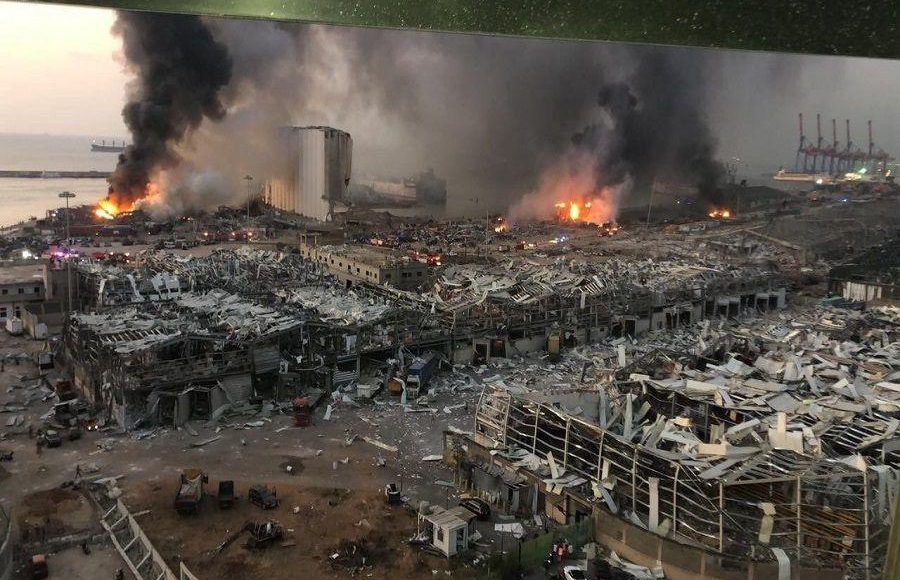 The Syrian Association for Citizen’s Dignity (SACD) offers its warmest and sincerest condolences to the families of the innocent victims of the Beirut explosion that took place on August 4, 2020, which affected large numbers of civilians and their properties, regardless of their backgrounds and nationalities, including at least 39 Syrians who were victims of the bombings, along with more than a hundred victims who were mostly Lebanese, but also included different nationalities, and thousands of wounded, for whom we extend our wishes for a speedy recovery. 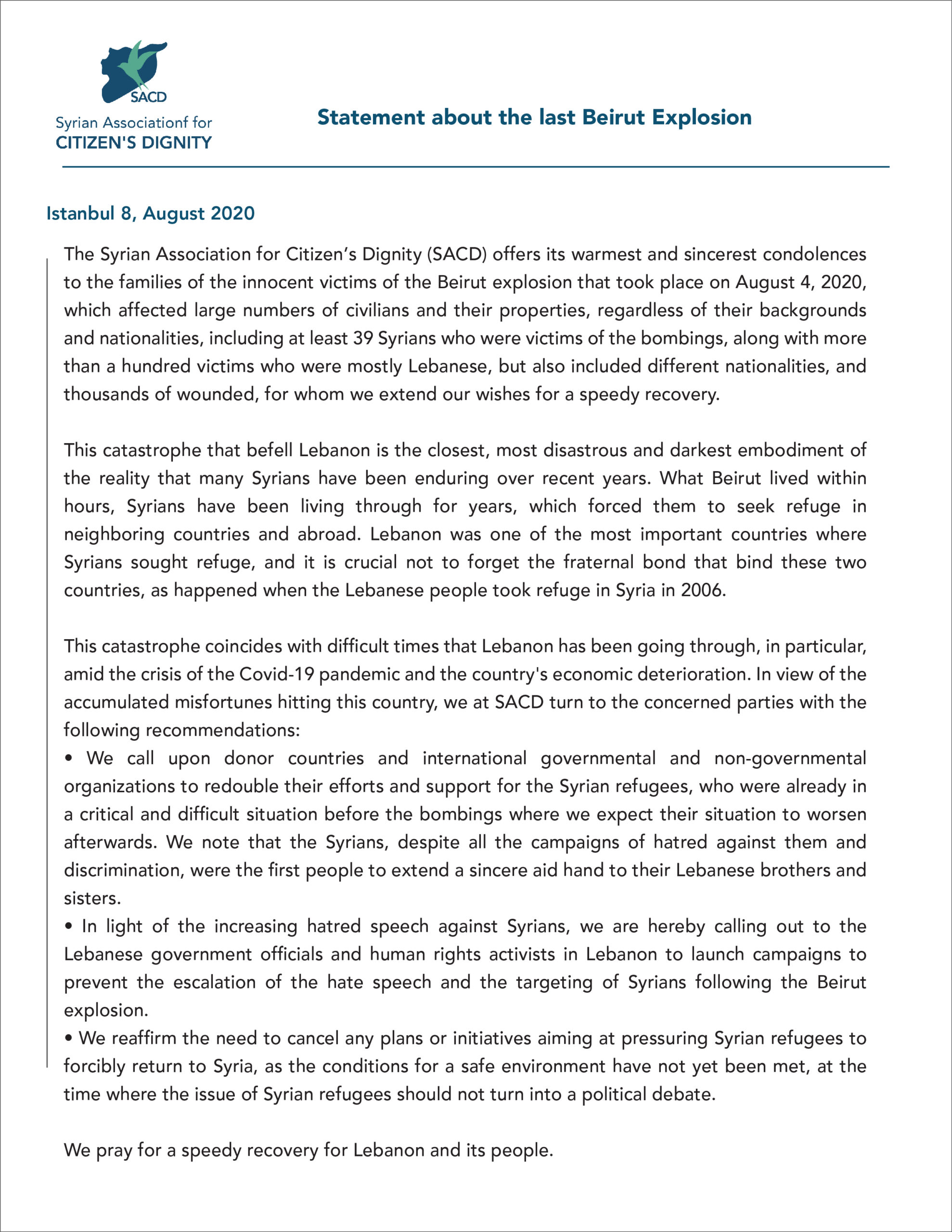