SACD analysis: Denmark is setting a dangerous precedent which must be reversed 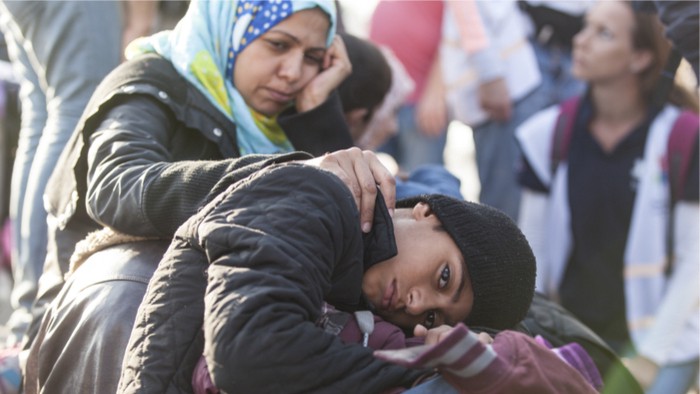 The decision issued this week by the Denmark’s Refugee Appeals Board[1], which  confirms earlier decision by the  Danish Immigration Service[2] to deny asylum to three Syrian women from Damascus, claiming that “there is no reason to assume that  everyone will be at real risk of being assaulted”, sets a dangerous precedent and needs to be repealed. The decision ignores the reality in Damascus and  other areas under control of the Syrian regime, which is far from being anywhere close to conducive to return of refugees.

The original decision by the Danish Immigration Service, confirmed on Tuesday, claims that “the current situation in Damascus is no longer such that there is reason to believe that anyone will be at real risk of being subjected to an infringement in violation of Article 3 of the ECHR alone as a result of the mere presence in the area.”

The ECHR is the European Convention on Human Rights, and Article 3 states that ‘no one shall be subjected to torture nor to inhuman or degrading treatment or punishment’.

Denmark is all too aware of the fate that awaits Syrians who return to the country, and yet the Danish Immigration Service based their  assessment on contradictory information. The November 2018 report prepared to assist the Danish Immigration board to reach their 2019 decision regarding the status of Damascus, is light touch in its approach––using only a dozen interviews, including with experts with little local knowledge––and incorrect in several places. It drastically contradicts the stream of documented reports about arbitrary arrests, forced recruitment, harassment, extortion and various forms of harassment faced by Syrians in Damascus area and other areas controlled by the Syrian regime.

The Syrian Network for Human Rights (SNHR) documented at least 25 arbitrary arrests in Damascus and its surroundings in the month of May, while in June alone the number reached 112 detainees. These numbers are likely lower than the actual rates, due to not all cases reaching the documentation organization. More than 40 raids were conducted by the regime forces on residential homes in the neighborhoods of “Al-Hijaria” and “Abd al-Raouf” in just one city–Douma, in Damascus countryside–during which they arrested approximately 30 young men who failed to join the ranks of the regime’s army. Similar raids occurred elsewhere.

According to SNHR, the regime continues to pursue those who settled their security situation in areas that have signed so called “reconciliation agreements” with the regime, including those in Damascus suburbs[3]. SNHR and other human rights organisations have documented 684 cases of arbitrary arrest in Damascus and its surroundings since the beginning of this year[4].

Even a cursory research by the Syrian Association for Citizens’ Dignity’s own researchers revealed three such cases in the last month or so alone.

In early May, a woman displaced from Deir Ezzor who settled in Damascus went to the Immigration Administration in Damascus to seek a permit for her brother to visit Syria. Her brother lives abroad and has not completed his military service.  She was detained by the intelligence agents, and her husband was asked to leave. Seven weeks later, they called him to come pick up her body after she passed away under torture.

On 26 June, G.N., a student at the Hamk University in Damascus, was seen leaving his university at 12pm but never made it home. He is still missing. Similarly, on May 30, S. H., a 13 years old, went missing in Rukn Eddine in Damascus. She has not been seen since. These kidnappings are consistent with prevalent reports of the regime’s intelligence services and various militias targeting civilians for arbitrary arrest due to their families being seen as “anti-regime” or simply for ransom to be extracted from the families. Since hearing of the Danish decision, we have documented at least one more case of such enforced disappearance, whose detailes we were asked not to share, as the family is trying to make contact with the regime’s intelligence unit to try and secure the release of their loved one by paying the ransom.

This information is fully consistent with the report SACD issued last year, which documented the experience of displaced Syrians who were forced, for various reasons, to return to Assad-held areas, including Damascus and its surroundings. The report[5] established that some 62% of returnees or their closest relatives have been subjected to arbitrary detention by the regime’s security forces. This percentage increases to 75% in the so-called “reconciliation areas”, which include parts of Damascus countryside. It thoroughly documents various other forms of harassment and targeting faced by returnees, which clearly demonstrate that the situation in Damascus falls under the definition of the Article 3 of ECHR, invoked by the Danish Immigration Service, which prohibits anyone being subjected to “inhuman or degrading treatment or punishment”.

One of the most drastic forms of such inhuman and degrading treatment is manifested in the relentless policy off forced recruitment of Syrian youth into the regime’s forces, who are regularly sent to death on the frontlines of Idlib and north Aleppo.

On June 25, the regime’s General Conscription Department issued a list of 400 names of young men from Damascus area wanted for forced conscription. The regime check-points have already began a full scale arrests campaign to implement this order, and many of those names are already wanted by several intelligence branches[6]. Again, this is consistent with the regime’s policies documented in our report “Vengeance, Repression and Fear: Reality Behind Assad’s Promises to Displaced Syrians”, where 68 per cent of total respondents or their relatives were wanted for recruitment in compulsory military service, which was the main cause of fear and feeling of insecurity.

Very importantly, the three asylum seekers who were denied asylum by the Danish Immigration Services are identified as “coming from or living in Damascus.” All three, according to the decision, have referred to ‘fearing the general situation in Syria’.

This is hugely important, as it implies that people who have fled to Damascus from other areas of Syria and then made it to Denmark can be considered as “coming or living in Damascus”. In the case of their return to Syria, this is a very significant point which would additionally endanger their lives.

Even if such returnees were to escape arrest and persecution upon return after having clearly been identified as “anti-regime,” the regime authorities would order them to go back to their original areas where they would be vulnerable to targeting by the same forces they fled from in the first placed. The ongoing violence in Daraa province, which is causing such silent displacement towards Damascus, or the continued arrests of demonstrators in Suwayda[7] and elsewhere in Syria, clearly demonstrate the nature of such threat. In addition, to make it to their original areas these people would have to navigate an extremely dangerous universe of checkpoints and security barriers manned by the various militias and regime security units, which regularly disappear, arrest or extort people.

The decision by the Danish Immigration Service clearly contradicts the reality faced by Syrians in Assad-held areas, but also the assessments of its fellow EU members, like Germany. In a statement issued on 11 June, made after Germany extended the moratorium on repatriation of Syrian refugees, the German Foreign Ministry clearly stated that “there are still many risks for refugees in Syria, whether due to the numerous militias and their checkpoints or the weapons in the hands of these militias or those affiliated with the regime, who still use them without mercy against the Syrian people through its many intelligence services[8].”

Crucially, it goes against the assessment of the Danish Minister of Foreign Affairs, Jeppe Kofood, whose statement about the ongoing impunity for the regime’s crimes includes this explicit assessment: “The regime is known for torture and arbitrary detentions. Countless Syrians live in terrifying uncertainty. They fear the worst as their loved ones have disappeared into regime detention facilities. Numerous reports describe the worst forms of torture.[9]”  The statement was illustrated with images from a report by the Syrian Network for Human Rights, the same organization whose reports on arbitrary arrests and kidnappings in Damascus we quoted earlier in the analysis. This is the reality that exploded in full view with another release of “Caesar’s photos” of the detainees killed in Assad’s prisons. And such detentions continue unabated, including in Damascus.

However, Kofood’s statement and the evidence of insecurity in Damascus goes directly against the words of his fellow minister in the Danish government, the Minister of Immigration and Integration, Mattias Tesfaye, who indicated that his ministry would be reviewing hundreds of asylum claims, justifying it by saying that “last year, almost 100,000 refugees returned to Syria from the surrounding areas. Of course, their countrymen who have been granted protection in Europe must also go home when conditions in Syria permit.”

Firstly, these numbers are very misleading. There are 13 million displaced Syrians, which makes the quoted number a mere 0.77% of the total number of displaced Syrians. As we have documented in our report “Between Hamer and Anvil”, they are largely people who were forced to return, primarily from Lebanon due to harsh living conditions they are facing in displacement or other personal reasons. The reality they faced upon return resulted in more than 60% of these people now looking for ways to leave Syria again, this time permanently, due to unsafe conditions they faced when they returned – arbitrary arrests, forced recruitment, harassment, inability to reclaim property, etc.

This leads us to the conclusion on the danger of the precedent set by the decision of the Danish Immigration Service not to extend protection to Syrian refugees from Damascus: Syria is not safe for return, not in Damascus or the rest of the country. Partial returns, such as that being promoted by the Danish government, are bound to mortally endanger people who are clearly entitled to protection under the relevant UN protection framework and the EU refugee law. The decision clearly runs contrary to the provisions of the ECHR Article 3, which it invokes as justification, indicating the flawed assessment process in determining the level of threat faced by returnees to Damascus. Furthermore, such a lack of clarity on criteria in determining the level of threat of being “subjected to torture or to inhuman or degrading treatment or punishment” employed to make this decision, indicates that today it is Damascus and tomorrow the same lax criteria will be applied to Homs, Aleppo, Daraa or any other part of Syria. What this will lead to, without a shadow of a doubt, as our research documents, are new waves of displacement with more people trying to reach Europe and leave Syria, if they survive, permanently.

The Danish government must review this decision in the face of overwhelming evidence which clearly shows the flawed basis upon which it was made. The only way to ensure this is the case is through a comprehensive political solution, which will guarantee the rights of the displaced people with robust international guarantees. On this, let us quote the Danish Minister of Foreign Affairs Kofood again: “Long term stability a negotiated end to the conflict. It requires the regime to change its behavior. The abuses the Syrian people rose up against. This must stop now.” We agree. Before contemplating any return, such abuses by the regime must stop. In Damascus and everywhere in Syria. Return of Syrian refugees must be safe, voluntary and dignified. Anything else, including partial returns which expose people to the same threats they fled from, is a recipe for disaster that will primarily affect Syrians, but will reverberate far beyond Syria and the region.