Powerful states, the EU and the UN must act now or face catastrophic consequences of Russia’s and Assad’s onslaught on Idlib 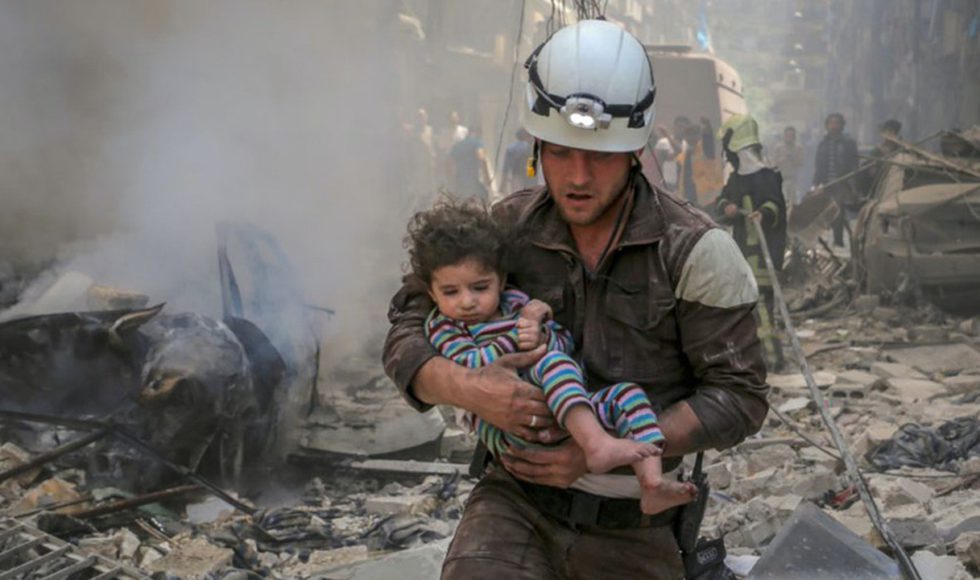 Idlib, New York, 6 February 2020 – In advance of today’s emergency session of the UN Security Council on the situation in Idlib, more than 50 Syrian civil society organisations including the Syrian Association for Citizens Dignity, wrote to Donald Trump, Recep Tayyip Erdogan, Angela Merkel, Emanuel Macron, Boris Johnson, Antonio Gutierres and Josep Borell to warn of the impending humanitarian catastrophe if indiscriminate attacks on civilians of Idlib by Russia and Assad’s regime are not stopped and urgent aid delivered to those already displaced.

The letter delivered today warns that since the onslaught on Idlib began in February 2019, more than one million people have been displaced towards the border with Turkey in an area already struggling with overpopulation due to displacement from other parts of Syria. Now, with Assad’s forces only kilometres from Idlib City and relentless bombardment of civilian areas by Russian aircraft, another wave of displacement is threatening to add up to and additional one million new displaced to that number.

“Russian and Assad’s strategy is to instil terror into civilians and empty the towns and cities of their inhabitants. Entire families are killed in their homes, or as they flee trying to escape the bombardment since the escape routes are being systematically and directly targeted. Virtually no inhabitants of these places want to stay under Assad’s rule, in mortal fear of the militias under his control who are known to have executed civilians they came across in the newly captured areas. They are certain to be targeted individually and collectively if they fall under the Russian and regime control,” says the letter.

A snap poll conducted by the Syrian Association for Citizens Dignity with 150 people who have fled the latest onslaught on Idlib has shown that 90.6% of those polled would not consider returning to Assad-held areas or entering reconciliation agreements under Russian guarantees. The poll was conducted in the border area – Atma village, Albab City, Afreen, Adana, Sarmada and I’zaz City – with people who fled Idlib City, Saraqeb, Ma’rat al-Numan, Ma’rat Shashma, kafruma, Mardebsa, Sarmeen, Talmanas, Khan al-Asaal, Orem, Jabal al-Zawiee and Marestshoreen.

They are desperate to cross into Turkey and continue towards Europe in search of safety for their children. The consequences on the region and Europe itself of this massive displacement are difficult to estimate.

The signatories issued a call for immediate action to address the humanitarian catastrophe unfolding due the onslaught by Russia and Assad’s forces:

We have seen resolute action by the international community in cases of such indiscriminate terror directed at civilians in Bosnia and Herzegovina in 1995, in Kosovo and East Timor in 1999, among others. The international community surely does not need further evidence of the criminal nature of Russia’s and Assad’s strategy designed to indiscriminately target civilians, instil terror and cause massive displacement with far-reaching consequences for Syria, the region and beyond.

Turkey, the United States, the EU and the UN must act now to avert an unprecedented humanitarian catastrophe threatening hundreds of thousands of Syrians, to prevent nihilism and radicalisation taking root among displaced Syrians, to demonstrate that the international political and legal system built after the World War II under the slogan “never again” is not as irreparably damaged as the League of Nations in the 1930s, ends the letter.