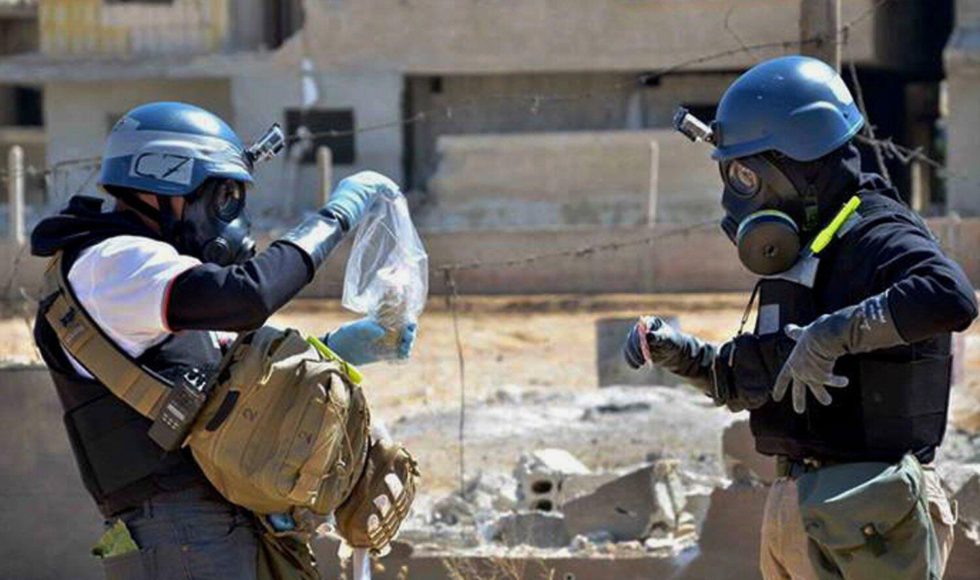 Idlib, 9 April 2020 — The Syrian Association for Citizens’ Dignity welcomes the report from the Organisation for Prohibition of Chemical Weapons, which for the first time in nine years of the Syrian conflict explicitly confirmed that the forces of the Assad regime used chemical weapons to attack civilians in Ltamenah, in Hama governorate.

The report cites in minute detail the incidents in which Assad’s air force dropped bombs loaded with chemical weapons on civilian targets, including a hospital, in Ltamenah in March 2017, specifying that „military operations of such a strategic nature as these three attacks only occur pursuant to orders from the highest levels of the Syrian Arab Armed Forces.“

In confirming the responsibility of Assad’s regime, including the highest levels of its military for what constitutes war crimes and crimes against humanity as part of a systematic attack on civilians, the OPCW finally confirmed what Syrian organisations, human rights groups and people have documented and revealed for years — Assad’s regime has used war crimes systematically to terrorize Syrian civilians and force them into submission and displacement.

With that in mind, the Syrian Association for Citizens’ Dignity reiterates several key points that international negotiators and key states invested in finding a solution to the Syrian conflict must take into account:

– The OPCW report clearly confirms that chemical attacks by the Assad’s forces were used with the sole purpose of terrorising civilians and forcing them to abandon their homes, and had no military justification whatsoever. The sole aim of such terror was and still is to forcibly displace the majority of Syrian population which was seen as anti-regime and affect a demographic change in the country.

– Accountability for war crimes and crimes against humanity such as attacks with chemical weapons must be considered one of the crucial pre-conditions and confidence-building measures before organized, safe, voluntary and dignified return of the displaced people to Syria can be considered.

– A regime which has been proved to have used chemical weapons against its own people cannot under any circumstances be relied on to provide safe environment for the Syrian people and cannot have legitimacy to provide any guarantees to this effect. Only a robust international presence, with a clear mandate to supervise and enforce a political settlement which will guarantee the rights and safety of all Syrians, including returnees, can guarantee minimal conditions for a safe, voluntary and dignified return.

We waited for nine years for the international community to take seriously what Syrians have been documenting and reporting regarding the crimes of the regime against its own people. The OPCW report confirms that lifting the economic sanctions against the Syrian regime under the false pretext of fighting Covid-19 epidemic will likely provide the regime with a new opportunity to further build its war capacity, including additional chemical weapons to use in the future against civilians. This report is a watershed moment for the international community, which now must accept the reality in which it will have to assume the responsibility for creating and guaranteeing the safe environment in Syria, and abandon any and all policies seeking to normalize Assad’s regime.