If Idlib Falls to Assad, It Will Not Be Only Syrians Who Pay the Price 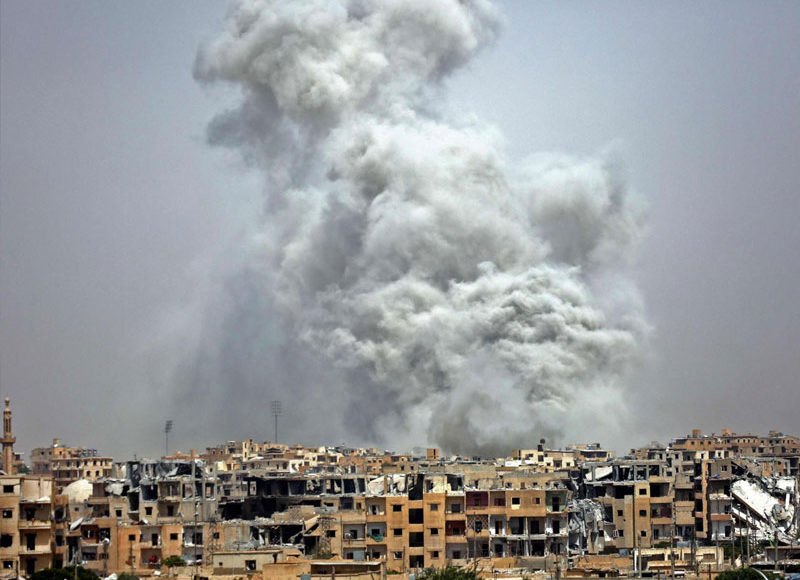 If Idlib Falls to Assad, It Will Not Be Only Syrians Who Pay the Price.

When in 1995, the leaders of the US, UK and France decided to give Bosnian Serbs a green light to enter Srebrenica, some of them, and Bill Clinton in particular, saw it as a necessary element of the endgame of the Bosnian war. It was seen as a part of the strategy to end the conflict which saw the worst atrocities on European soil since WWII. All will later claim they did not expect what was to unfold after the fall of the enclave housing some 40 000 Bosnians: Ratko Mladic’s forces proceeded to commit genocide by killing more than 8000 boys and men who surrendered. As I write this, a comparable scenario is unfolding in my country Syria, in Idlib, only on a much larger scale. And, contrary to Srebrenica, nobody can claim they were not warned about what is likely to take place.

The Syrian province of Idlib is under a relentless attack from the forces of Bashar Al-Assad and his Russian and Iranian allies. It shelters more than three million people, many of whom have already been displaced several times from elsewhere in Syria. The enclave is subject to the so-called “Sochi Agreement” between Russia and Turkey, which was supposed to create a “de-escalation zone” which would protect the millions of civilians from violence. However, since February last year, Assad’s forces, backed by Russian aviation and mercenaries, as well as Iranian sectarian militias and Hezbollah, have launched a campaign against Idlib which intensified in December 2019.

As a result, more than a million people have been displaced towards the closed border with Turkey, more than 1700 civilians, many of whom children, have been killed in bombardment, people are freezing to death in makeshift camps. All this under an indifferent gaze of the world and the powers capable of reigning Assad and the Russians in.

The main reason for such deadly indifference is in the flawed understanding of the situation in which the slaughter of people in Idlib is seen as a “tragic but unavoidable part of the Syrian endgame.” If Russia and Assad conquer Idlib, a certain number of innocents will die, yes, but the conflict will be over, and the process towards reconstruction, return of refugees and normalization of Syria (and its murderous regime) can start. A key element to this thinking is the fact that HTS, a former Al Qaeda affiliate, is in control of part of Idlib and therefore Russians and Assad are given a free hand in “dealing with the terrorists”. The fact that three million people (who have consistently demonstrated against HTS’ rule) are going to be the collateral damage to this “anti-terrorist” slaughter draws nothing more than a shrug by most with the power to act.

The consequences of such flawed thinking are going to be catastrophic, and not only for the Syrians.

As is evident from the relentless and indiscriminate bombardment of civilian areas in Idlib, especially with highly inaccurate and destructive barrel bombs, summary executions of civilians who did not flee, or the barbaric desecration of graveyards in towns which fell to Assad’s and Russian forces, the people of Idlib are dehumanized in their eyes to the point where large-scale executions of military-age men are likely to take place as soon as Idlib falls.

This applies primarily to those who chose to remain under the regime’s control under some sort of a “reconciliation agreement” under Russian guarantees. They would be likely be taken initially to “refugee shelters,” as was done in Homs and elsewhere, where the men would be separated from women and children and arrested under the accusation of terrorism or rebelling against the regime. As was the case with tens of thousands of other Syrians arrested by Assad’s security services under the same charges, they would likely never be seen again.

A recent poll conducted on the ground by the Syrian Association for Citizens’ Dignity indicates that only less than 10% of the people displaced by Russian and Assad’s onslaught would be willing to remain under Assad’s rule. Even if we increase this number to one third, it means that more than two million others would head to the border with Turkey and try to force their way across a closed border.

Turkey already hosts some four million Syrian refugees and it has repeatedly indicated it cannot take any more. And since most of the displaced Syrians have indicated that their aim would be to try and reach the safety of Europe, it is possible that Turkey will have to facilitate that passage. It is not hard to imagine the devastating impact on European political dynamics of such large scale movement of refugees.

In the medium-long term, Assad’s “victory” in Idlib (which in reality is Russia and Iran’s victory) would completely destroy any chances for a comprehensive and sustainable political solution to the conflict. It would prevent any significant return of refugees and IDPs to take part in any future elections or reconstruction process. Russia and its puppet regime in Damascus will become more dismissive of any concessions in the political process, the international community and guarantors will lose any credibility. The political process as such would be dead in the water and displacement of Syrians would become a long-term, if not a permanent situation. Any political solution under such conditions will be seen as a permutation of the current Russian and Iranian backed regime, it will lack any legitimacy in the eyes of the majority of Syrians, and will potentially lead to a new revolution.

The collapse of the political process or submitting to the Russian and Iranian vision of Syria would see the cementing of their control over the country. The US and European economic sanctions targeting the regime and its sponsors would likely intensify, which would likely collapse an already failed economy in regime-held areas, which would have a devastating impact on the population living under the Assad regime, which would likely see their movement towards Lebanon and Jordan. At the same time any “early recovery” aid to rescue that population would end up in the hands of regime-controlled networks of corruption.

Stability in Syria under Assad would be impossible. In Daraa, the regime failed to achieve stability more than a year after capturing the province. Open anti-regime protests, guerrilla warfare attacks against the regime and the increased Iranian presence provide a glimpse of what Syria could look like under Assad ruling.

All this is just the tip of the iceberg. The worst and the most dangerous impact of a blatant dereliction of responsibility to the people of Idlib, would be in the nihilism and radicalisation of its children and youth. What narratives would 1.5 million children of Idlib grow up on? How could they ever be expected to buy into the notions of justice, law and human rights after having witnessed what they have already been exposed to and what they would witness if Idlib was to fall? How would anyone be able to prevent them falling prey to the merchants of radicalism and nihilism who would welcome them into open arms? It is the Syrian youth that must be the engine of political, social and cultural change if Syria is ever to become a stable, peaceful country.

Russia’s proposals for a new status quo in Idlib that would cement their victories, or Russia’s long-term vision for Syria cannot be tolerated by the west. A new “appeasement” cannot be afforded to a dictator that has been dangerously interfering in Europe’s and the US affairs for the last few years. For Syrians, Russia’s interference was a deadly, catastrophic, and an existential threat to our society and future.    As such, it has already become the biggest stain of disgrace in the modern history of the West.

It is clear from the details of this scenario that the urgency for European and other powerful states to act on Idlib does not come from a moral imperative – Syrians have long abandoned such illusions – but from clear political and security interests. The immediate priority is to pressure Assad and Russia into a ceasefire and provide urgent aid to the displaced people. Once the killing and the suffering of civilians is stopped, there must be a strong, concerted and unrelenting push to secure a meaningful political solution that will guarantee safe environment for all Syrians. A firm economic pressure on the regime and all its allies must be maintained to prevent any normalization or legitimation of the regime as it is.  Any reconstruction in Syria must be firmly linked to the establishment of a legitimate political solution. Syrians must not be made to choose between living under a murderous Bashar’s regime, or becoming perpetually displaced.

The humanitarian catastrophe that is Idlib has shown that the lessons from the advent of the Second World War still apply – appeasement of dictators willing to kill massive numbers of people to achieve their dreams of grandeur never works. If Europe fails to heed those lessons, it will not only be the Syrians who pay the price.

Labib Nahhas is a Program Director of the Syrian Association for Citizens’ Dignity. 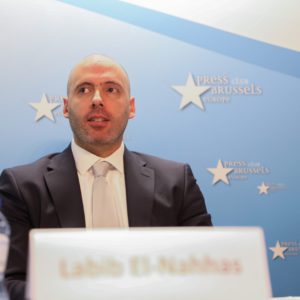