Five Years since the Displacement of the People of Old Homs: Ghost City Without People or Hope 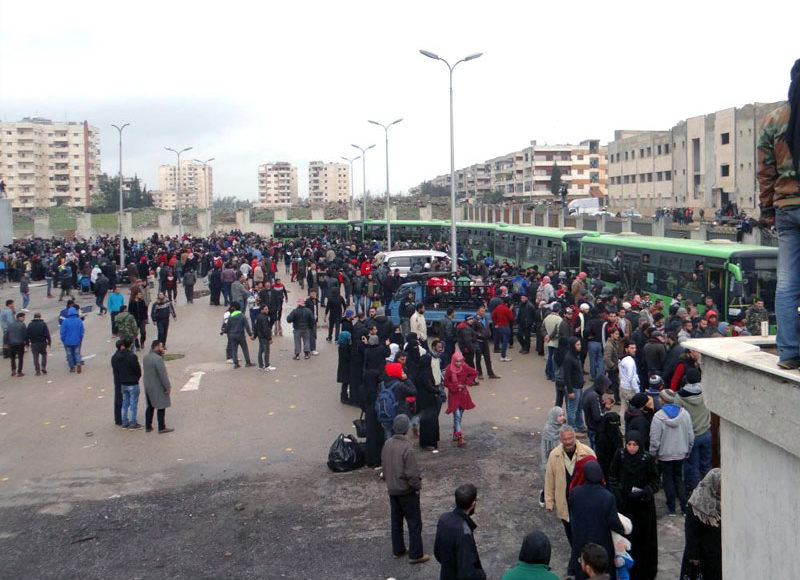 In May 2014, the last of old Homs’ civilians left 13 neighborhoods in the heart of the Old City, after a siege that lasted almost three years. Throughout this time Assad’s forces tried and failed to forcibly enter these neighborhoods. As the take-over took place, the regime ramped up its propaganda that this was “the beginning of restoring the normal life” in these areas. And then, less than a year ago, the regime took the city of al-Qusayr, the villages of Zara and Qal’at al-Hosn, and surrounded and besieged al-Wa’r neighborhood, preparing to remove the remaining opponents. Today, after all this time, with the fifth anniversary of the displacement, one wonders where are the displaced people who left their city, forced out by the regime? And what is the reality in areas where the regime “restored the normal life”? And what such life was like before the revolution?