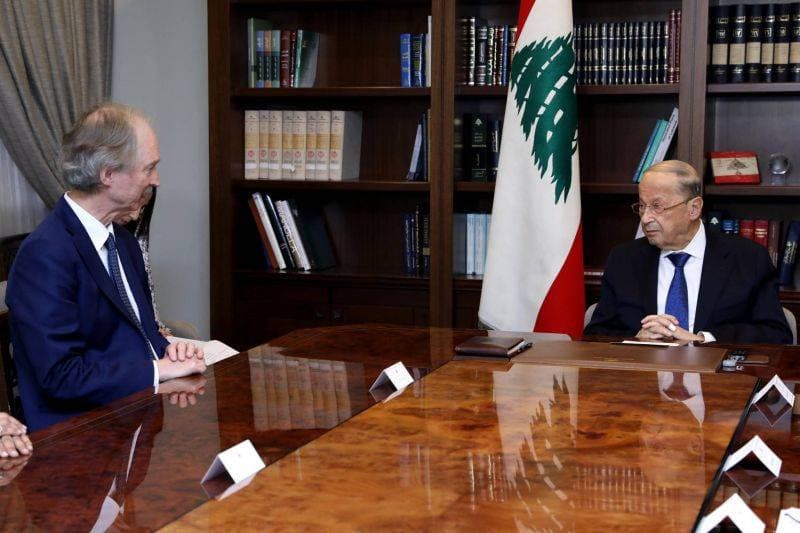 Beirut, 17 December 2021 – Syrian Association for Citizens’ Dignity reminds the UN special envoy for Syria and key states working on the political solution that establishing a safe environment, under robust international guarantees, must be the first priority and is an absolute pre-requisite for a safe and dignified return of more than 13 million displaced Syrians who form the majority population of the country.

In order for such safe environment to be established in a way that will truly guarantee returning Syrians their safety and dignity, displaced Syrians must be part of deliberations on return, which seem to be unfolding behind the closed doors.

According to a statement from the Lebanese Presidency, the United Nations special envoy for Syria, Geir Pedersen, stated on December 13, that “the UN is currently working to find acceptable measures to enable Syrian refugees to go back to their homeland” and that “this is a priority for the UN during the deliberations taking place in Geneva, in which Lebanon was invited to participate.”

Syrian Association for Citizens’ Dignity as a movement defending the rights of displaced Syrians everywhere, has maintained since its establishment that creating conditions for a safe and dignified return of displaced Syrians, with robust international guarantees, is a pre-condition for any political solution and hopes for a lasting peace in Syria.

Therefore, any realistic thinking to define and implement a comprehensive and sustainable political solution in Syria must be based on the necessity of providing an effective practical framework for returning the displaced Syrians to their homeland and enabling them to participate in the definition and realization of the political solution.

Despite the provisions of Geneva Communique and subsequent UNSC Resolution 2254 that a safe environment is the necessary condition for the achievement of any component of the political solution, it so far has not been defined, nor has a road map been drawn up to achieve it. Most importantly, the Syrians have not been consulted about the conditions and determinants of such definition of safe environment.

We at the Syrian association for Citizens’ Dignity believe that a safe and neutral environment is one that is free of any physical or emotional/psychological threat, whether man-made, natural, or otherwise. A neutral environment means that all parties concerned in Syria shall deal with refugees and internally displaced persons (IDPs) returning to the Syrian State or remaining within its borders in accordance with the law and the principles of justice, on equal basis for all, without favour or preference for one party over another whether on ethnic, religious, sectarian, or confessional basis, or due to their language, colour, beliefs, or political affiliation.

The conflict in Syria cannot fully end without ensuring the right of Syrian refugees and IDPs to safely return to the areas and homes they lived in before the conflict. The exercise of this right shall be based on their free will, which remains unattainable until Syria becomes a safe and neutral environment for them.

All Syrian refugees and IDPs are entitled to return freely to their homes. All parties concerned in Syria must undertake to allow for their safe return, free of the risk of harassment, intimidation, persecution, discrimination, or detention because of political views, stance towards the Syrian Events, or their origin, race, or religious beliefs.

The concept of “community return” and the return of family groups should be taken into account, since the vast majority of displaced Syrians have linked the return of the entire family and the wider social environment to their own return.

All refugee host countries and the international community as represented by the United Nations and its organizations must take all necessary measures to prevent any activities on their territories that hinder or impede the safe and voluntary return of refugees and IDPs once the safe environment conditions have been achieved, and shall endeavour to provide material and moral support for their return.

Syrian refugees and IDPs on or outside Syrian territory must be entitled to refuse to return to Syria if there are grievous threats to their lives due to insecurity, persecution by the security or judicial authorities, societal threats, lack of basic and adequate infrastructure for normalisation in the areas to which they wish to return, persistence of the causes of their migration or displacement due to violations of rights and freedoms by State organisations or popular (unofficial) groupings, or threats stemming from failure to reform the legal system, official judicial and security institutions, the army and the armed forces sufficiently to ensure protection of human rights and freedoms.

What should be focused on, and what the results of studies and questionnaires on which this position is based, is that the failure to achieve a safe environment for the Syrians according to their definition and understanding of the reality of their country will inevitably lead to the continuation of instability and the occurrence of new waves of displacement from Syria towards Europe and Turkey mainly, which was confirmed According to the Norwegian Refugee Council, which expected that Syria will witness the displacement of an additional six million refugees in the next ten years if the situation in Syria continues as it is.

What must also be emphasized is that 82% of the displaced Syrians whose opinions were surveyed believe that changing the Syrian regime is a prerequisite for their return, which makes thinking about achieving a safe environment with the continuation of the Syrian regime’s security and military policies and economic deterioration in the absence of a real judicial and legal system difficult.

We at the Syrian Association for Citizens’ Dignity emphasise on the danger of misleading Syrians about the existence of a safe environment in Syria already, or moving towards some ad-hoc solutions that would only reinforce further demographic change in the country. The SACD will in the near future release a comprehensive position defining what a safe environment means for displaced Syrians, based on more than two years of consultation with Syrian refugees, IDPs and Syrian and international experts.

UN special envoy and key states involved in the apparently ongoing deliberations on return must not ignore the voice of displaced Syrians in this discussion crucial to the future of Syria. Doing so would be a dereliction of duty to the existing legal framework and to the displaced Syrians, and would inevitably render any decision on return meaningless and counter-productive.