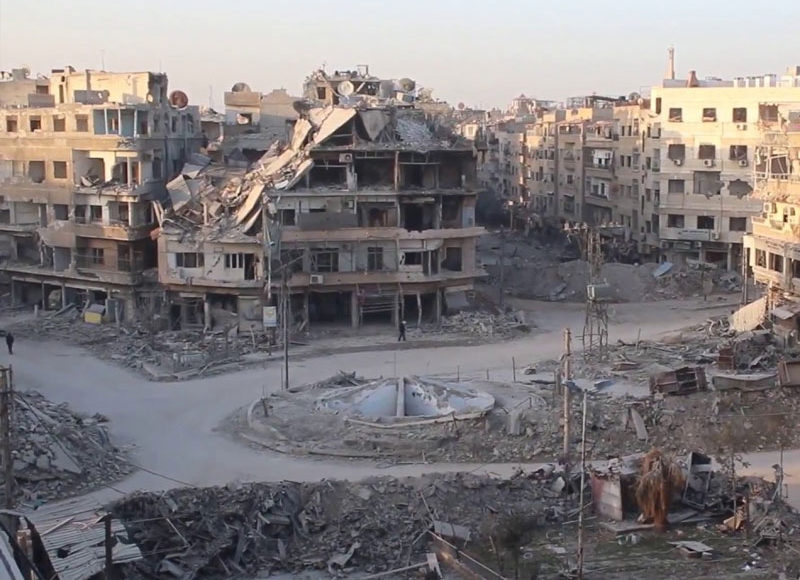 The regime’s forces continue with demolitions of private property belonging to displaced Syrians. The units of the regime’s Fourth Division, using heavy machinery and bulldozers, several days ago demolished dozens of houses in in the city of Harasta in Eastern Ghouta.

While more than 50 homes were being demolished, Assad’s military set up checkpoints which prevented the residents from entering their homes and lands, despite obtaining security clearances earlier. The people in the area are convinced that this action is a continuation of property seizures under the notorious Law 10, which was used to strip the displaced Syrians of their homes previously in the adjacent neighbourhoods like Qaboun, Tishreen, and Barza.