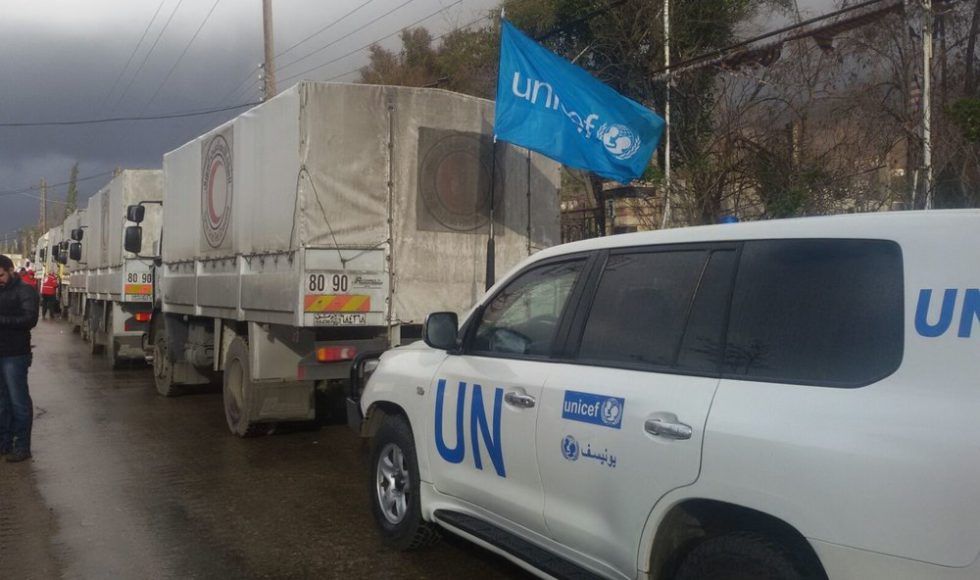 This interview was conducted as one of the 45 interviews with employees and managers of 29 Syrian and international NGOs and UN agencies operating in Assad-held Syria for the report “Weaponization of aid: Syrian regime’s methods of controlling humanitarian sector” Farah (not the real name) has previously held an administrative position in one of the United Nations agencies in Syria, in addition to her previous work in an administrative position in one of the Syrian regime’s ministries related to the work of local, international and UN organizations.

The interview was edited for publication from the original longer interview. All the answers presented here were recorded verbatim.

What was the type of organization you worked for and your position?

I was a project coordinator for one of the United Nations agencies working in Syria.

In your work, have you ever noticed any government interference in the work of the organization you worked for?

Yes. I would say there two main ways it interfered: through the selection of influential people in the organization, decision makers and through staff selection at lower levels.

What was the source of this interference, where did it come from, and was it generally accepted?

The interventions came from the government agency supervising the work of the organization. I did not approve of their interference in the selection of employees, but in the end nothing happened as a result of my refusal.

Has your work been directly interfered with?

Yes, there were attempts to interfere in the selection of the project staff for which I was responsible, as the government agency was trying to impose names to work on the project.

Are you aware of cases where the aid delivered by your organization or other organisations was diverted for the benefit of military bodies?
I have no information about direct support going to the military bodies.

Was the funding from your organization directed to certain organizations belonging to influential people or parties (security, military, political, etc.)

Yes. The criteria for selecting local organizations for which funding contracts are approved through UN and international organizations go through a specific regime’s ministry, and since the state is not allowed to receive direct funding from international and local organizations, the funding goes through local organizations (the so-called associations in Syria). There is a ministry to which all associations are affiliated. It evaluates the association as deserving or not, and contracts are made between the ministry and the local and international organization based on absolutely non subjective criteria that exclude all associations that have nothing to do with providing aid to the families of the victims of the regime, as they call it. New associations have appeared on the ground for the purposes of financing the military authorities, and providing financial compensation to the families of the victims who support the regime, for example as I recall Amal, which was established by Asma Al-Assad and has multiple branches, each of which specializes in a specific field, as well as Al-Bustan Association affiliated with Rami Makhlouf. The associations are obligated to provide the Ministry with lists of aid beneficiaries, which goes periodically to the security authorities, and this violates the confidentiality of data which is applied in the standards of humanitarian work.

How do you assess the level of corruption in UN organizations working in the field of humanitarian aid, based on your experience, from very low to very high?

I would assess it as medium. The main corrupt practices in the organization I worked for manifested through purchasing processes, in addition to corruption in the employment process. I would say that UN organizations are subject to government pressures, and slide into administrative and financial corruption through bias in providing aid, hiring employees, purchasing processes, and even providing material aid to government agencies under donations cover.

How would you assess the level of corruption in international and Syrian NGOs?

I think the level of corruption in international organizations working in the field of humanitarian aid is medium as well, while corruption level in local organizations working in the field of humanitarian is in my opinion great. Most local organizations exist to provide services and assistance only to the families of victims who supported the regime, and to provide support to the areas that support the regime directly, and in addition to that, most organizations do not have the local technical, educational, and human infrastructure necessary and to carry out its work effectively, free of corrupt practices.

How do you evaluate the feasibility of the humanitarian projects implemented in regime-controlled areas?

I would say between weak and useless. Favoritism, unorganized distribution of aid,  almost always directed to certain groups and sectors, have a negative impact that supports only the favored societal segments at the expense of other more deserving segments.

In general, how do you assess the role of the Syrian Arab Red Crescent in this context?

The Red Crescent is a direct executive arm of the regime, and sometimes it poses a direct threat to the opposition groups, as well as the opposition areas. It is absolutely biased in favour of the regime, as it was one of the permanent members of the government follow-up committee that was formed at the beginning of the events, headed by the Minister of Social Affairs and the membership of all the state ministers. It met on a weekly basis to plan the process of entering and distributing aid, and the engineer for this operation was the Syrian Red Crescent. There was always a clear and explicit bias in SARC’s aid effort in prioritizing relief to the Syrian people in favor of the regime. 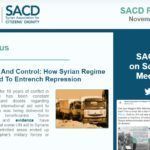 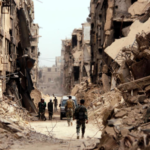 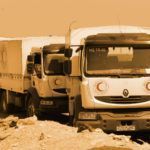 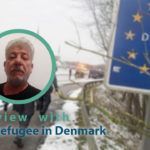